The Royal Cypher of
George III

George III was the first monarch of the United Kingdom of Great Britain and Ireland and the last of America. His 59-year reign saw Britain involved in global conflict, political upheaval and an economic revolution. Historians have come around to the view that one of his important achievements was to stand for stability in a time of upheaval.

To celebrate his reign, The Royal Mint has struck a commemorative coin with a reverse design by Royal Mint graphic designer Dominique Evans, who also designed the reverse for the Sapphire Coronation and the Jane Austen coin. Her George III design explores many aspects of Britain’s longest reigning king, from his domestic life to the countries that made up his kingdom. Incorporated with the symbols in the design is the king’s royal cypher. This was included by the designer as a mark of identity but also because of its beauty. 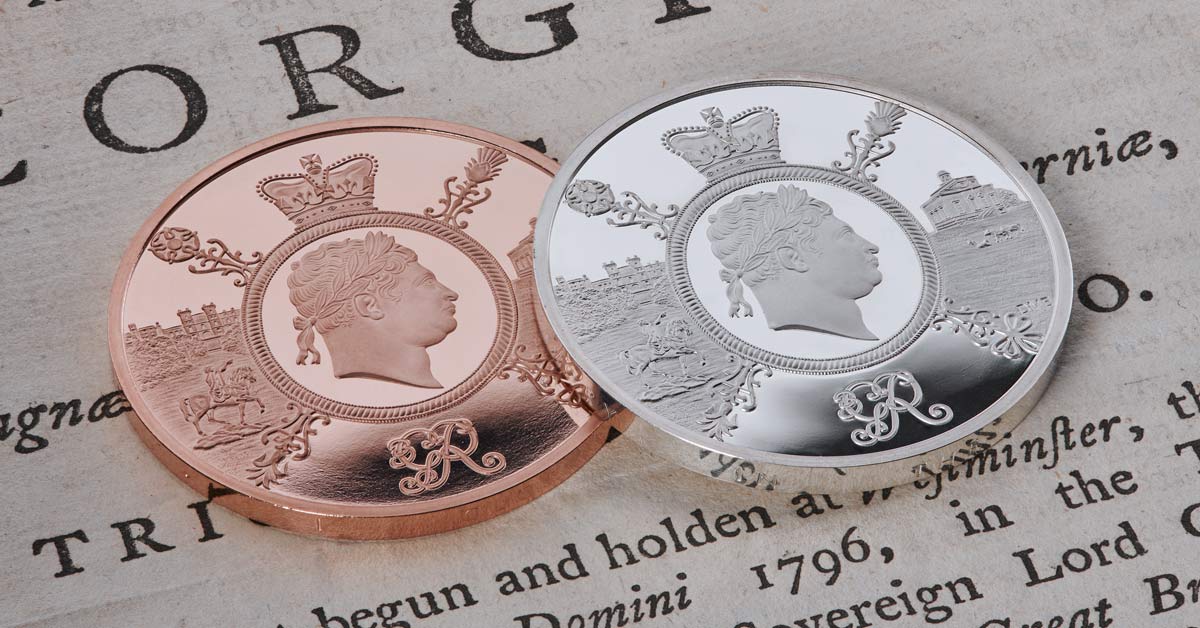 In heraldry, the cypher is a device that combines the initials of the monarch with their title. This rendering combines George III’s first initial ‘G’ with ‘R’, an abbreviation of ‘Rex’, which is the Latin word for king.

The use of cyphers can be traced back to the House of Tudor and were used as a means of identification, appearing with the Royal Arms. From the reign of Henry VIII onwards, the letter ‘R’ was added to the monarch’s first initial. This identifying mark was used on government papers and is still employed by the monarch today in the form of ‘EiiR’ which stands for Elizabeth Regina (‘Regina’ is the Latin word for Queen).

A Celebration of the Reign of George III 2020