The death of Elizabeth I without an heir in 1603 brought the Tudor dynasty to an end. James VI of Scotland acceded to the throne, becoming James I and the first Stuart king of England. The political ramifications of dynastic change and the union of the crowns would manifest on his coinage. 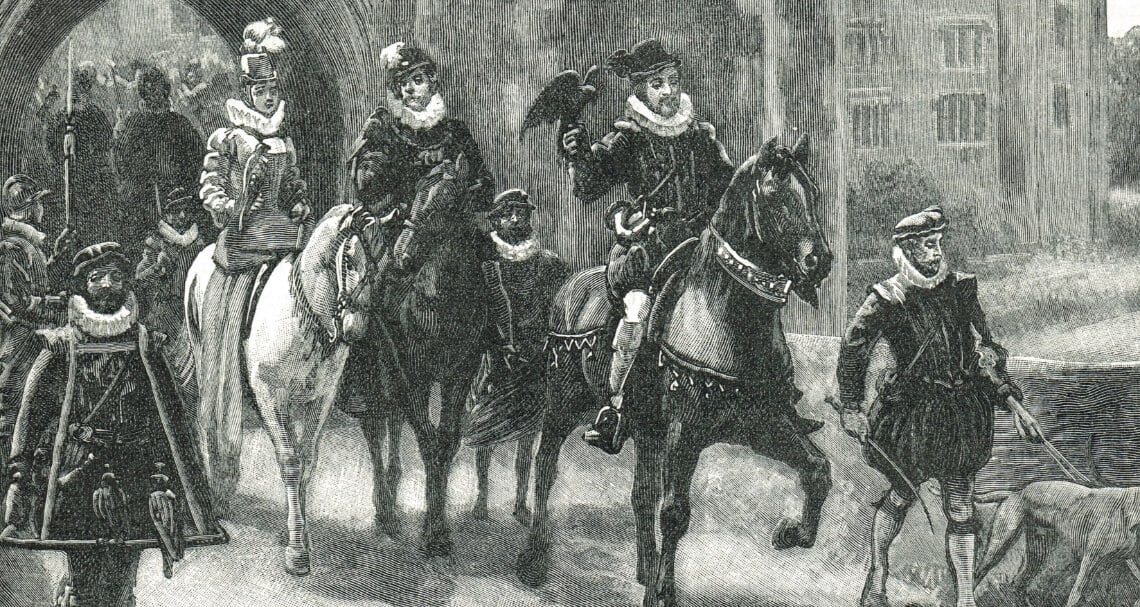 The Sovereign was first struck on the orders of Henry VII in 1489, possibly as a statement of his emerging political power, and was struck by each subsequent monarch until the reign of James I. James I was the first monarch to style himself the king of Great Britain – a title he adopted in 1604 – which suggested the unification of the kingdoms a full century before the formal Acts of Union were passed in the English and Scottish parliaments. Tellingly, James I ‘rebranded’ the Sovereign as the Unite, thereby consolidating his position and displaying his intent.

James I politicised the currency across the board, using coinage as a means to hammer home the fact that he ruled a newly united kingdom. His overt use of coinage in this regard is illustrated by the Latin inscriptions that feature on his coins, which translate as ‘James by the Grace of God, King of Great Britain, France and Ireland’ and ‘I will make them one nation’, with the latter taken from the Bible.

The change to the king’s title necessitated a new royal Coat of Arms to accommodate Scotland. Apart from a brief period when Mary I was married to Philip II of Spain, the Arms of England were arranged with the lilies of France in the first and fourth quarters and lions of England in the second and third. Under James I, the lion rampant of his native land was included in a new design that also saw the addition of the harp of Ireland. 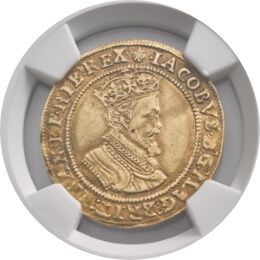 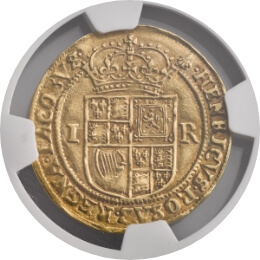 James I was an experienced ruler by the time he came south. He had shown himself to be shrewd in managing Scottish religious and political factions, but his rule in England proved more turbulent. The king believed in the divine right of kings to rule and this, along with his spending, frequently put him at odds with Parliament, sowing the seeds for the English Civil War that would see his son Charles I beheaded for treason.

As a firm believer in Christian uniformity, James I’s staunch support of the Church of England – compelling his subjects to attend services, fund the church through taxes, and unquestioningly accept its beliefs – alienated Calvinist Protestants. One group of separatists sought refuge in Holland, while another group went further still. Boarding the Mayflower in 1620, the Pilgrims sailed to the New World in search of religious freedom. Landing in modern-day Massachusetts, the democratic self-government they established would guide the founding principles of the United States.

On the other side of the religious divide, England’s Catholics had hoped for more leniency from their new king. Their continued persecution led Robert Catesby to organise a plot to blow up Parliament in a bid to replace the country’s Protestant government with Catholic leaders. Around midnight on 4 November 1604, one of the conspirators, Guy Fawkes, was discovered lurking in a cellar under the Houses of Parliament. The resultant search uncovered 36 barrels of gunpowder and the conspirators were tried and executed for treason. In 2005, a UK £2 coin was issued to mark the 400th anniversary of the gunpowder plot.

Europe and the Wider World

James I’s foreign policy was marked by attempts to encourage peace in Europe. The long-running
war with Spain was finally brought to an end in 1604, but his attempts at achieving closer relations with England’s old Catholic enemy and trade rival were not well received by Parliament. Further afield, the East India Company expanded its activities, bringing spices to Britain from the East, and across
the Atlantic, the founding of Jamestown in 1607 established the first permanent English settlement
in America.

James I’s dealings with the wider world are reflected on his coinage. While the half-length bust on gold Sovereigns from early in his reign is reminiscent of the coinage of Edward VI, this style was also used by several other contemporary European rulers and the equestrian portrait on his silver coins was copying a Continental trend. But there were innovations, most prominently the rugged-looking laureate portrait, a type never before seen on English coins, to which common usage attached the name laurel. 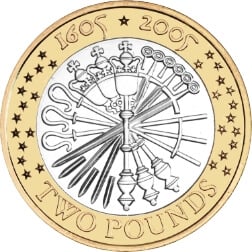 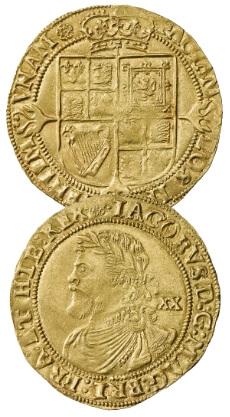 View the historic Monarchs From The Royal Mint