A Timeline of Key Events During the Mayflower Voyage

The story of the Mayflower is extensive and far-reaching, stretching across multiple countries and decades. 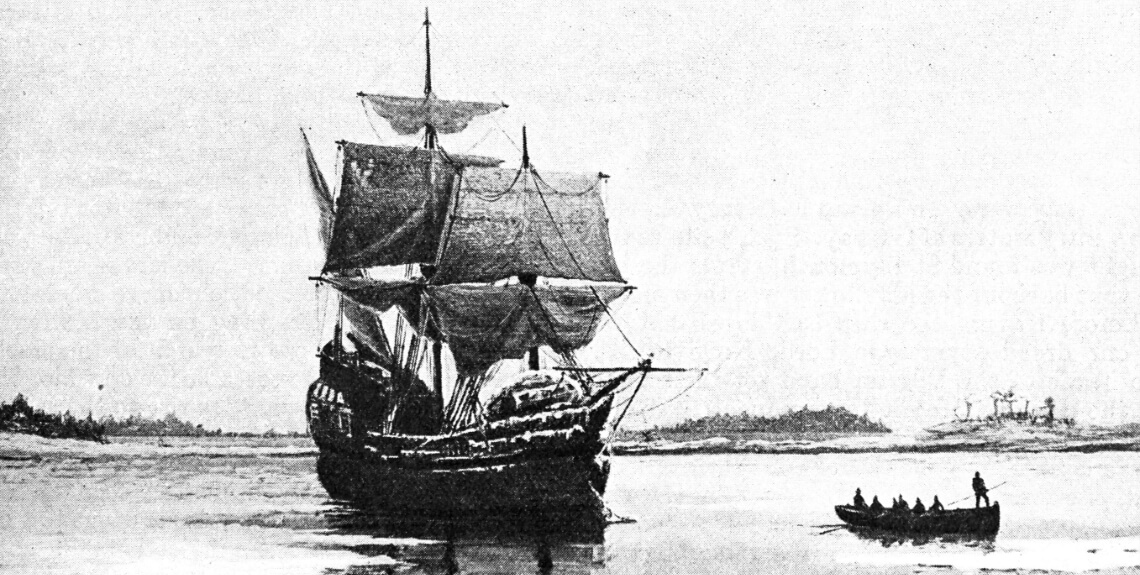 Anne Boleyn’s first recorded appearance in Henry VIII’s court. Within a few years the king will question the legitimacy of his marriage to Catherine of Aragon and begin a decade-long process of breaking with the Catholic Church in order to secure a divorce. This will, in turn, lead to the formation of the Church of England.

Theologian Robert Browne becomes the leader of a movement seeking greater separation between the Church of England and the Catholic Church. The movement becomes known as Brownism.

Brownists increasingly find themselves persecuted by the Church of England. Towards the end of the first decade of the 1600s many Brownists are seeking to live elsewhere, such as in the Netherlands. The majority of the Mayflower’s Separatist passengers will be from
this group.

Unhappy with life in the Netherlands, William Brewster and a number of other Separatists begin formulating plans to build a new life in the New World, ultimately deciding to settle in the colony of Virginia.

The Separatists set sail from the Netherlands aboard a ship called the Speedwell, which is supposed to travel alongside the Mayflower to the New World. However, a leak forces the Speedwell to undergo repairs until 15 August.

After suffering another leak, the Speedwell is abandoned in the port at Plymouth, England, and the passengers and crew of both ships cram onto the Mayflower. Some of the Pilgrims drop out, though many will make it to the New World in later years.

After almost two months of suffering rough seas and illness, the crew of the Mayflower first spot Cape Cod, off the coast of modern-day Massachusetts. The winter storms have blown them considerably off course.

The Mayflower Compact is signed. Having decided to build their home outside the Virginia Colony, the Pilgrims commit themselves to a form of self-governance built on constitutional law and majority rule.

After more than a month of scouting a location for their new plantation, the Pilgrims finally settle in what is now known as Plymouth, Massachusetts. They begin building homes immediately but many will die during the harsh winter.

The first Thanksgiving is held. Roughly half of those that travelled on the Mayflower have died but those that have survived celebrate the first year of their new lives in their new home.