The Queen’s Beasts – A Story of Royal Heraldry and Heritage

The Queen’s Beasts – A Story of Royal Heraldry and Heritage

Our story begins with ten beasts of myth and legend, painstakingly sculpted and arranged to form an imposing guard of honour at the entrance of Westminster Abbey. It was 2 June 1953 and they had been commissioned for a very important day – Her Majesty The Queen’s coronation. This is how the fascinating collection of Queen’s Beasts gained their name, with each one telling the story of the pivotal events and twists of fate that shaped the course of history, tracing royal bloodlines from medieval times to the present day.

At some six feet high, centuries of intriguing heraldry were brought to life in the designs by sculptor James Woodford, OBE. They were inspired by a series of statues at Hampton Court Palace which were made more than 400 years ago for Henry VIII, commonly known as the King's Beasts. This time, however, they were made to represent Her Majesty’s ancestry, from the iconic Lion of England to the mythical Yale of Beaufort with its golden spots – symbolic of royal heraldry spanning more than 1,000 years.

With so much history and symbolism to draw from, The Queen’s Beasts Collection reimagines these mighty creatures that represent the British monarchy. Unique to Her Majesty’s heritage, the eighth beast in the series is the White Horse of Hanover. Traditionally in heraldry, the horse will be found in arms as rampant or salient (in a fighting position), courant (running), or passant (walking) and trotting – can you work out which position the White Horse of Hanover takes?

Royal Mint designer Jody Clark is behind each of the coins in this series and his signature contemporary style is clear in his interpretation:

“I worked hard to give the muscles a level of realism and look of strength befitting this magnificent heraldic beast.”

The Lion of England 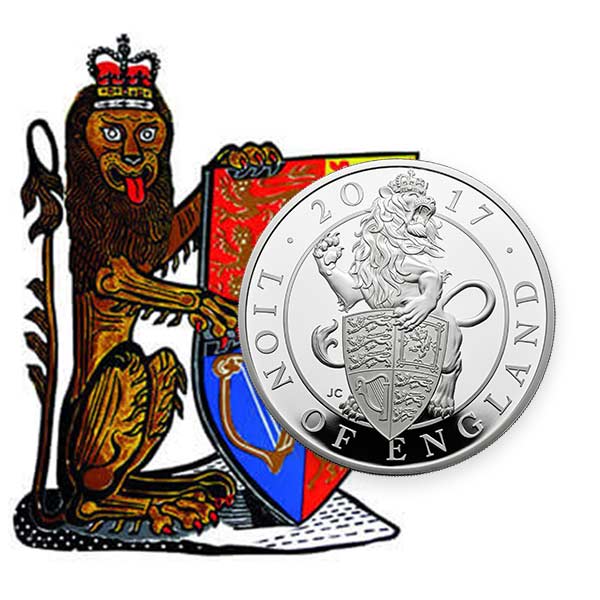 The Unicorn of Scotland 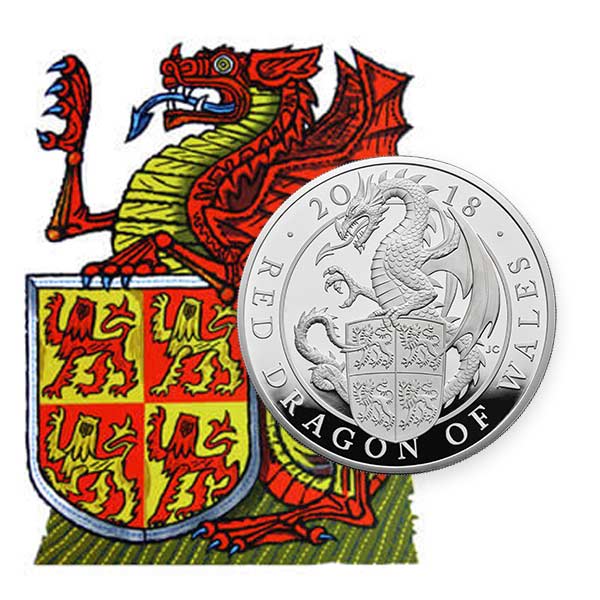 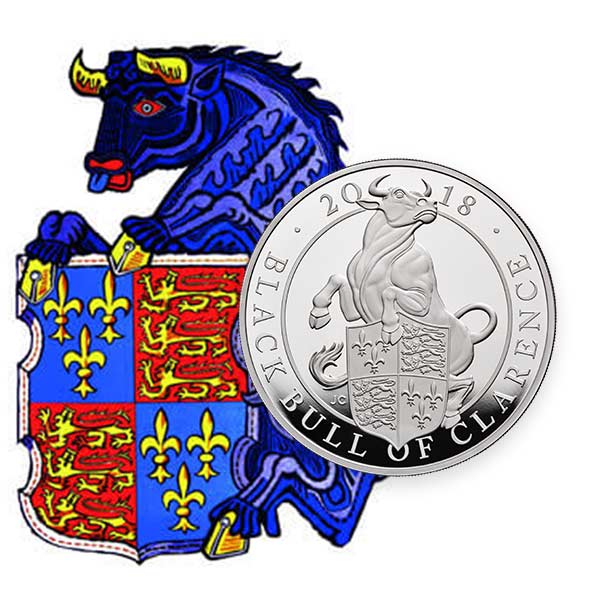 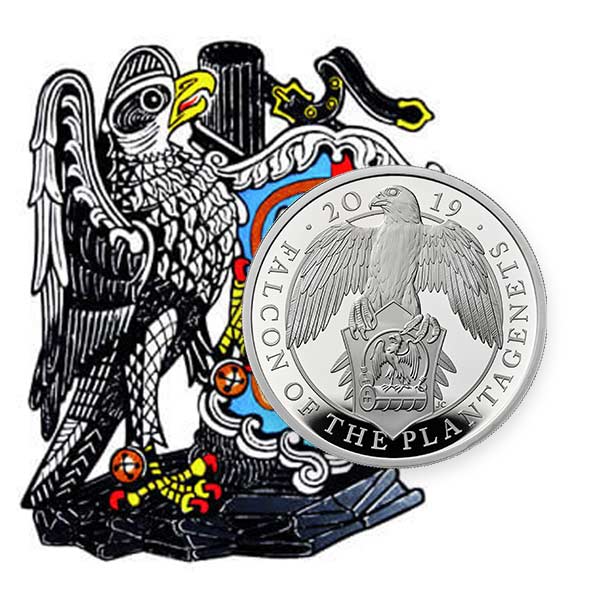 The Yale of Beaufort 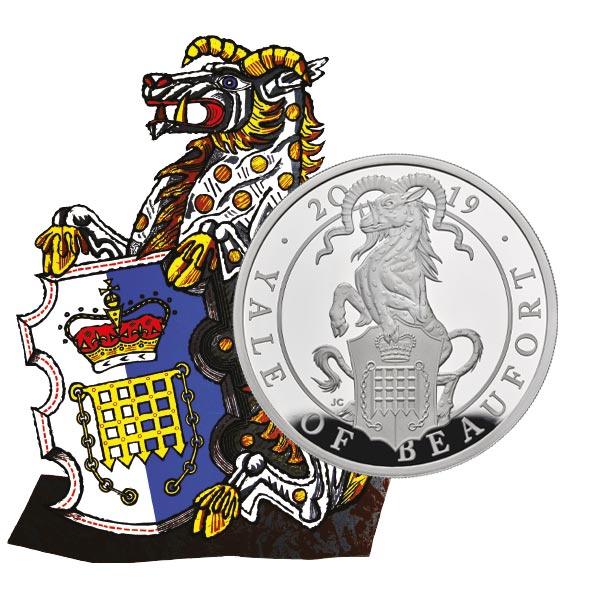 The White Lion of Mortimer 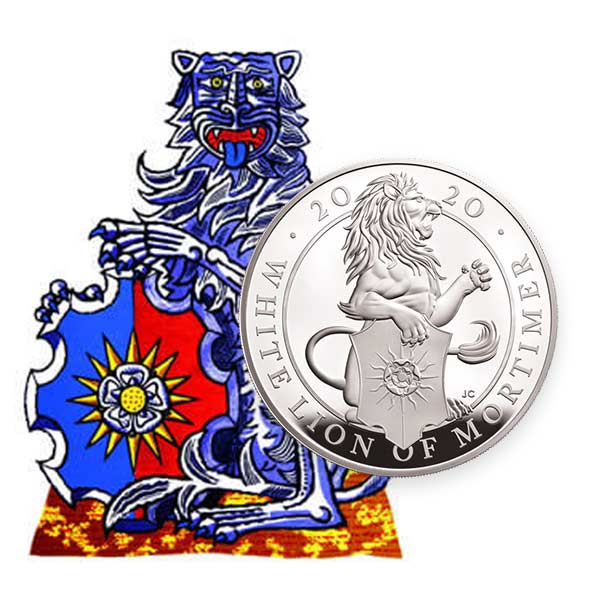 The White Horse of Hanover 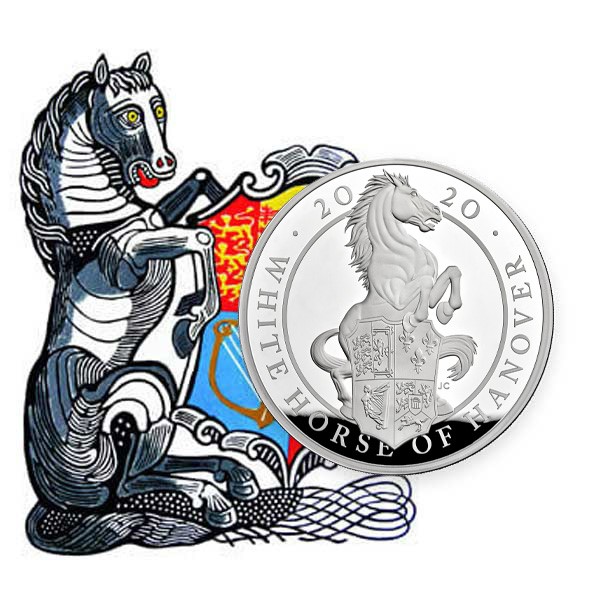