The Beginnings of an Icon

A significant year for Britannia – 30 years of gold and 20 years of silver. Explore the many guises of Britannia on our coins.

In 1987, the first Britannia coins were struck in gold and in 1997, a silver edition was launched, meaning that this year we celebrate a 30th anniversary and a 20th anniversary for Britannia.

The 1987 gold coin struck in Britannia’s name bore a reverse design by sculptor, Philip Nathan and it has become a modern classic. While many interpretations of Britannia reflect ancient Greek mythology, Philip Nathan hoped to create a more realistic and raw character, inspired by Boadicea. His Britannia has her feet on the shore and she is windswept by a powerful gale, with a trident in hand and the waves at her feet. She wears the familiar Corinthian helmet over her hair and in her left hand is a shield decorated with the Union Flag of Britain. Philip Nathan placed an olive branch with the shield, perhaps suggesting that while Britannia is surrounded by symbols of war, she promotes peace. 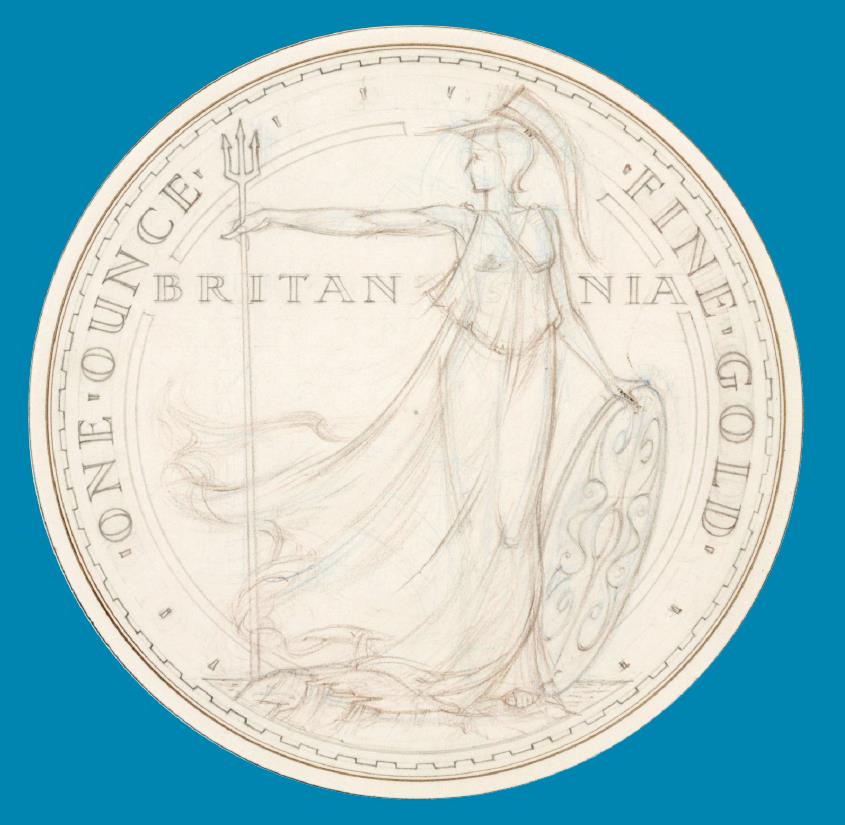 “I wanted to make more of Britannia’s links to the sea, personifying as she does the British love of things nautical and great pride in our naval history.”

Since those first Britannia coins, the icon of Britain has been constantly reimagined. Britannia Proof coins now feature a new design each year – a showcase for artists like Louis Tamlyn. She is the changing face of Britain, reflecting the mood of a moment in time.