With the referendum on the UK’s continuing membership of the European Union fast approaching on the 23rd of June, there is much discussion and on the likely impact of an EU exit. It can be difficult to separate fact from fiction, with politicians and market commentators alike seeking to provide their own views on what could happen and how the markets may react.

In the case of the gold market, it would be fair to say that there are plenty of unknowns. There certainly appears to be considerable uncertainty surrounding the economic impacts of an exit and many analysts have suggested that such uncertainty could cause short-term issues for the stock market. However, gold is often seen as a safe haven and as an alternative to stocks and shares, leading some analysts to suggest that gold prices could rise quite sharply in the event of a Brexit.

With this in mind, we thought we would gather user opinions on how they thought gold and other precious metals would be affected by the uncertainty surrounding the possibility of a so-called ‘Brexit’. A survey was conducted from the 26th of May to the 15th of June 2016 on The Royal Mint Bullion website, the results of which can be found below.

What do you think will happen to the price of gold as we near the EU referendum?

The chart shows the results from the first question in the poll, namely “What do you think will happen to the price of gold as we near the EU referendum?”.

As a caveat to the above, as the survey was open between the 26th May and continued until the 15th of June, Gold (in GBP) was seen to rise from £834/oz to £905/oz during this time – an increase of 8.5%. This could mean that to some extent, the views of our users was therefore already borne out of reality, however the price of gold still continues to rise, even after the poll was closed.

The current situation, and the responses from our survey, also agree with HSBC where they recently suggested that they expect the gold price (in US$) could rise by as much as 10% in the event of a leave vote, but only slip by 5% in the event of a remain vote 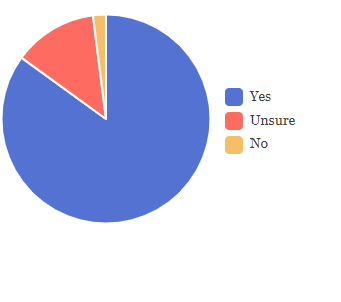 The second question in the poll, “Do you feel precious metals provide a good ‘safe haven’ investment?“. A definition of safe haven investments was also provided to offer some clarification, “A safe haven is defined as an investment that is expected to retain its value or even increase its value in times of market turbulence”

The results show that 85% of respondents agree that precious metals provide a good ‘safe haven investment‘ opportunity, 13% of respondents were ‘unsure’ and just 2% did not feel this was the case.

Are you moving more of your money into precious metals due to uncertainty surrounding Brexit?

The last question in the poll, “Are you moving more of your money into precious metals due to uncertainty surrounding Brexit?” was asked to try and ascertain how the EU referendum and the possibility of a ‘Brexit’ was influencing the investment buying behaviour of respondents. 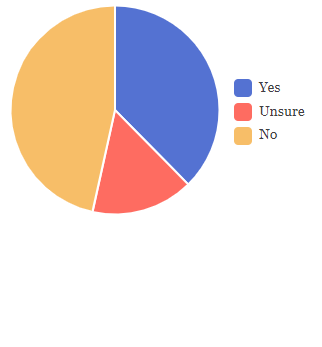 As a general conclusion, it is clear that a significant percentage of respondents feel that uncertainty surrounding the EU Referendum and the Brexit debate is having an effect on gold and precious metals, with 63% of users suggesting that the price of gold is set to increase on the run-up to the referendum. In contrast to this, it is interesting to note that nearly a third of those who responded thought that the price will either remain about the same or would even decrease. Whilst it is promising that 85% of users feel that precious metals provide a good ‘safe haven’ in times of market uncertainty, it is interesting to note that nearly half of the respondents were not choosing to move more money into precious metals due to the current uncertainty in the market.

Whilst this survey focused on gold and precious metals, the Brexit debate also has a wider impact in other areas, such as exchange rates.

A main UK high street bank for example, have recently published forecasts that show the GBP/USD rate moving from 1.46 (at the time of their forecasts) to 1.50 if we vote to remain within the EU and 1.24 if we vote to leave. Leaving would therefore mean a nearly 20% erosion of the purchasing power of sterling denominated assets. As gold is dollar denominated it is expected to be largely insulated from this, coupled with the expectation (as per the results in our own survey, and HSBC’s view) that the dollar gold price should rise as we approach the referendum.

Will Britain Leave the EU?

Opinion polls are showing something of a mixed picture and the published results need to be treated with a fair degree of caution.

Most of the main polling organisations failed to predict the outcome of the 2015 General Election and this has led to considerable introspection, as pollsters try to understand what went wrong on that occasion.  But the referendum is of course, very different from a General Election. While errors may have been identified in previous political polling, the behaviour of voters may be more volatile in the case of the EU referendum.

Looking at the polling data that is available, there have been considerable fluctuations. In general terms, polls that have been conducted online (by organisations like YouGov) have tended to show a relatively close race, sometimes indicating that the Leave campaign hold the advantage. Polls that have been conducted by telephone, on the other hand, are often showing a large lead for the Remain campaign. A recent ComRes poll, for example, suggested that 52% of voters were in favour of remaining within the EU, with 41% preferring to leave and the remainder being unsure.

Such discrepancies between telephone and online polls have led to some arguments within the polling industry about which method is likely to be the most accurate. In reality, however, we’re unlikely to know for sure until the results are announced after the referendum on 23 June.

What if Britain does leave the EU?

As we can see from the polling data, it’s by no means certain that the British voting public will vote to leave or stay within the EU, but what happens if an exit does come to pass? What will the implications be for gold?

There seems to be general agreement that a vote in favour of Brexit would lead to negotiations between the UK and remaining EU member states. There is a considerable amount of uncertainty about the nature of those negotiations and how long they might continue for.

Some analysts, including James Steel of HSBC, have indicated a belief that the period immediately following an exit vote could see gold prices rise quite rapidly. Indeed, they note that the gold price rose quite sharply in advance of the 2015 General Election, precisely because many investors see the precious metal as providing a safe haven during times of political and economic uncertainty.

But this view of the likely impact of a Brexit on the gold price is not universal: others point out that gold prices could dip in such a situation, if investors who are currently holding gold start to feel more confident about other forms of investment and decide to sell their gold holdings as a result. A number of analysts have also warned that a British exit might have negative consequences for the wider economy, which may filter through into the price of gold.