The Design and the Designer

Louis Tamlyn explains his inspiration for the 2017 design 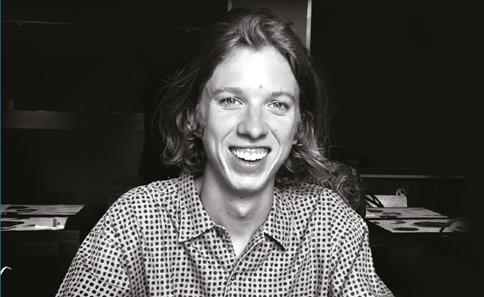 A Modern Britannia for 2017.
A new design placing the icon at the heart of the nation.

How did you learn about the opportunity to create a Britannia coin design?

The opportunity came through my college, Central Saint Martins. The first-year students from the BA Jewellery Design course were all invited to participate in the brief given by The Royal Mint. I believe other colleges were also involved.

What was the inspiration behind your striking design?

It is the island of Britain itself, which Britannia is directly linked to as its female personification. Britannia used to be the name of Great Britain in Roman times and hasn’t really been used enough as a visual feature. I think it is important to revive it as a visual feature of the Britannia design as it communicates notions of the history and identity of Britain; by showing Britannia and the island as one it changes our perception.

How did you begin to create it?

The Royal Mint requested a ‘contemporary interpretation’ of Britannia. I stuck to this throughout the design process, trying to integrate something new within a traditional and well-known composition: a female figure with a helmet, trident, shield, and union flag. I mixed approaches including collage and drawing, in fact I took quite a traditional approach with the absence of any form of technology.

I spent a lot of time reading back into previous designs, such as the recent Britannia designs by Philip Nathan, Jody Clark and David Mach. These designs in particular made me focus on Britannia’s robe, which added texture and fluidity to the coin. In my design, I wanted the robe to be dynamic and came up with the idea of replacing it with the silhouette of Britain. 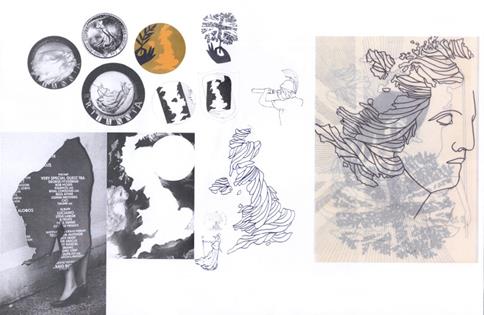 What has the design process been like with The Royal Mint?

After The Royal Mint selected my design, it was very interesting to see the time we spent on the details. From the drawing I submitted, I had to then explain the depth of it all, which elements would rise and which ones would sink. I had to change the design a couple of times. It is such a tight composition that any change meant I had to shift everything around. It is amazing to experience this kind of design process, where so much consideration goes into the smallest of details and how the latter can affect the bigger picture quite dramatically. 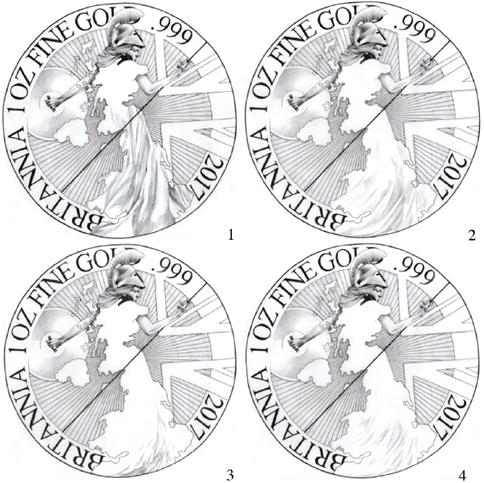 How did you find creating art for a coin? What were the challenges? How did it differ from the work you have done previously?

I never thought of designing art for a coin until this opportunity arose. The experience was so fascinating that I would definitely want to do it again. I learnt that designing a coin is a puzzle, a challenge in composition and a communication tool rather than a form of expression. So many things have to be considered: the history, the symbols and the attributes and meanings attached. Even though it is quite different to anything else I have done, the scale of the coin I designed and the imagery as an integral part of it is very much what I work on as a visual artist and jewellery designer.

Is there anything we don’t know about the design – any hidden features?

I wanted the design to have a visually strong impact so there aren’t many subtleties in a way unless you look at the hands and how she holds each item. There is a firm grip on the shield and a very loose grip on the spear. I think it is a nice detail that can be interpreted in different ways. A firm grip on the spear could have negative connotations. 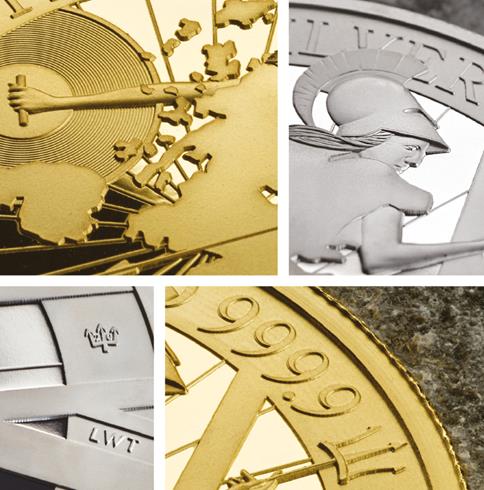 How does it feel having your design on a coin from The Royal Mint?

We believe you grew up in France – do you think that means you bring a unique perspective to Britannia?

I was born and raised in France by English parents. I have only lived in England for a couple of years. We would drive from our house in South of France all the way up to England in the old days. The excitement of getting closer and closer to the island of Britain was great. I guess this might have subconsciously helped me come up with the idea.