The Coinage Portraits of Charles II 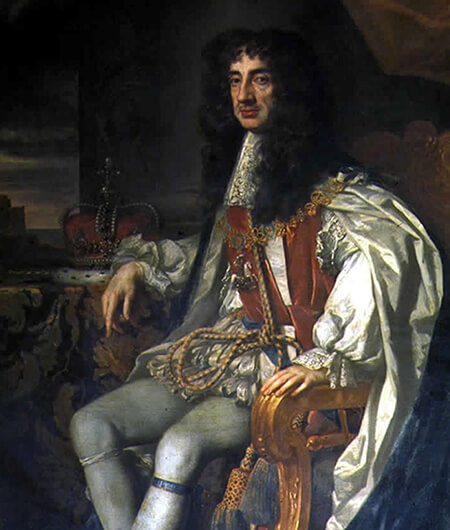 When Charles II was restored to the throne, he needed to assert his royal authority and to show a clear break from the rule of Oliver Cromwell.

It has been suggested that the tradition of monarchs facing in the opposite direction to their predecessor on coins, which dates from this time, is one expression of this break. It can’t be said for certain that Charles II wanted to be seen turning his back on Cromwell, but it is clear that the restored king wanted to establish his right to rule.

Like the Roman Emperors, Charles II sought to do this, in part, through coinage. A key decision for the new regime was the selection of a portrait to circulate on the coins of the realm. The search for this image resulted in a competition and a masterpiece of numismatic art.

John Roettier, an engraver from a family that supported Charles during his exile in Holland, was appointed as an engraver in the year after Charles was proclaimed king in 1660. In January 1662 he was asked, along with his brother Joseph, to prepare dies for the new coinage.

Shortly after this, the Roettiers were instructed to engrave a trial crown, in competition with Thomas Simon, an artist of great ability who produced the portraits of Oliver Cromwell, ranked as a high point in English monetary design.

All three men were instructed to cease other work until the task was completed. The results were the pattern design by the Roettiers and the famous ‘Petition crown’ by Simon. This latter work is part of The Royal Mint Museum collection and is regarded as an outstanding work of low relief portraiture.

The king is shown full-busted and at a larger scale than that used for the portrait of Cromwell. The level of detail is remarkable: the hair cascades in waves which are finely rendered and extend around the neck. The portrait is considered far superior to the work of the Roettiers.

The piece is known as the ‘Petition crown’, as on the edge Simon inscribed a message to the king, asking to be relieved from office if his work was considered inferior to his rivals. Despite Simon’s triumph of portraiture, John Roettier was chosen as Chief Engraver in May 1662 and was assisted by his brother Joseph in the productions of dies for the new coinage.