Celebrating 100 years of the RAF: Vulcan

A Powerful Guardian Honoured in Gold

A Powerful Guardian Honoured in Gold

For centuries, The Royal Mint has been proud to honour the courageous men and women of the nation’s Armed Forces and important moments in British military history. Now, in the Royal Air Force’s centenary year, the Vulcan is the latest iconic RAF aircraft to feature on a coin in a new commemorative series for 2018. With its distinctive delta wing, the Vulcan is renowned for its power and beauty, in addition to its part as the United Kingdom’s nuclear deterrent for more than a decade during the Cold War.

This impressive aircraft takes centre stage in a collaborative design by brothers Richard and Neil Talbot. Struck in 22 carat gold, every detail of the camouflaged bomber is finished to Proof standard. The accompanying booklet has been produced in consultation with the RAF and includes insights from those who have flown the aircraft.

Just 1,000 gold Proof editions of this official UK £2 coin are available in this Limited Edition Presentation. 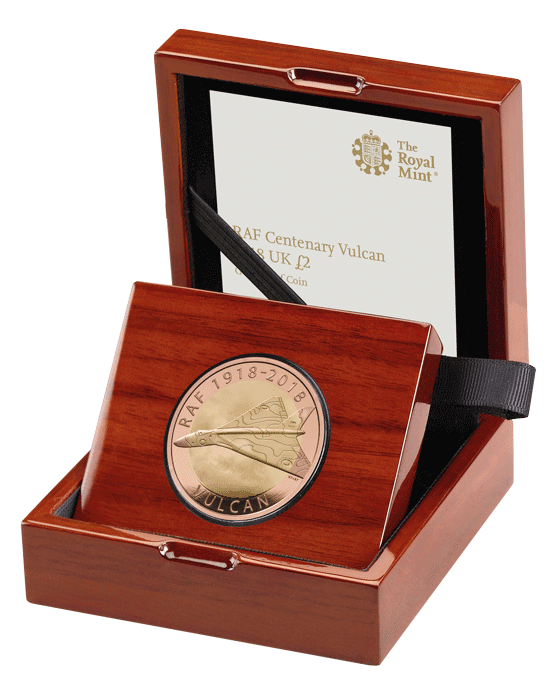 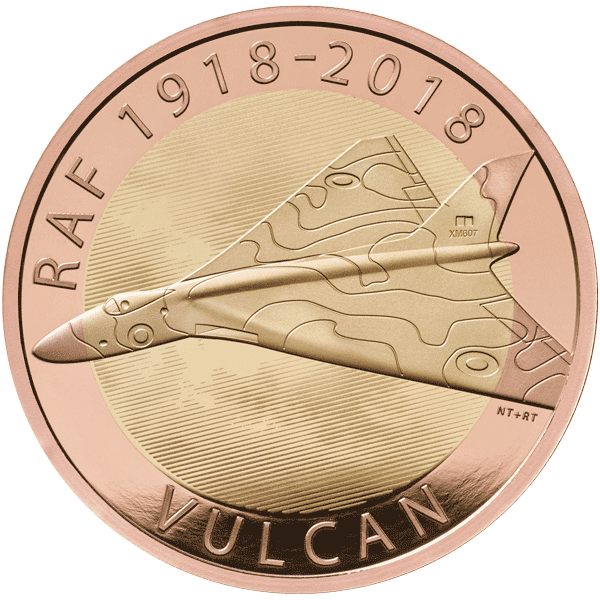 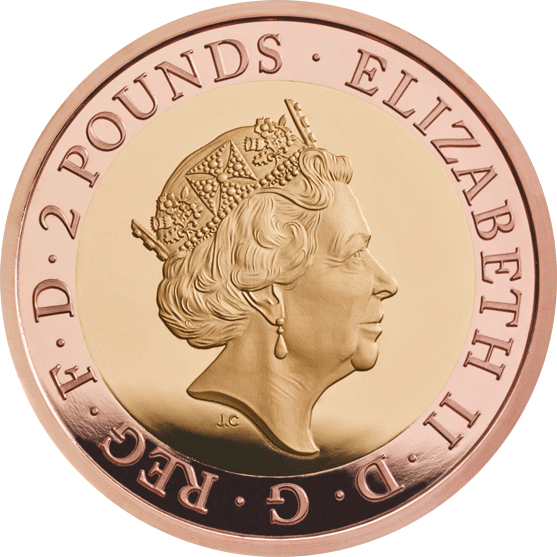 Royal Mint graphic designer Rhys Morgan and brothers Richard and Neil Talbot created the reverse designs for the RAF Centenary Collection. Find out how they turned inspiration into reality for the five bold coins in the series.

Just 1,000 coins are available in this Limited Edition Presentation

Visit our shop for your chance to own this exclusive coin