Overlooked by Nelson’s Column and guarded by the four bronze lions at its base, Trafalgar Square is one of London’s most vibrant public spaces.

Renowned for its fountains, architect John Nash designed Trafalgar Square as a cultural space, with the National Gallery housed on the north side. Completed in 1843 at a cost of £47,000, Nelson’s Column honours British naval hero Admiral Horatio Nelson who died defeating the French and Spanish fleets at the Battle of Trafalgar in 1805. Edwin Landseer’s lions were added later in 1867.

Since it was officially named in the 1830s it has remained a living square at the heart of the capital. A firm favourite with tourists, thousands of people visit Trafalgar Square every year. Come 31 December, it’s always packed with revellers welcoming in the New Year, and during times of national celebration, it fills with cheering, flag-waving crowds. Frivolity masks a more serious side – the largest square in the city is a centre of national democracy and the scene of peaceful protest.

Continuing the success of the Landmarks of Britain Collection, we are excited to feature a bullion coin from designers Glyn Davies and Laura Clancy. 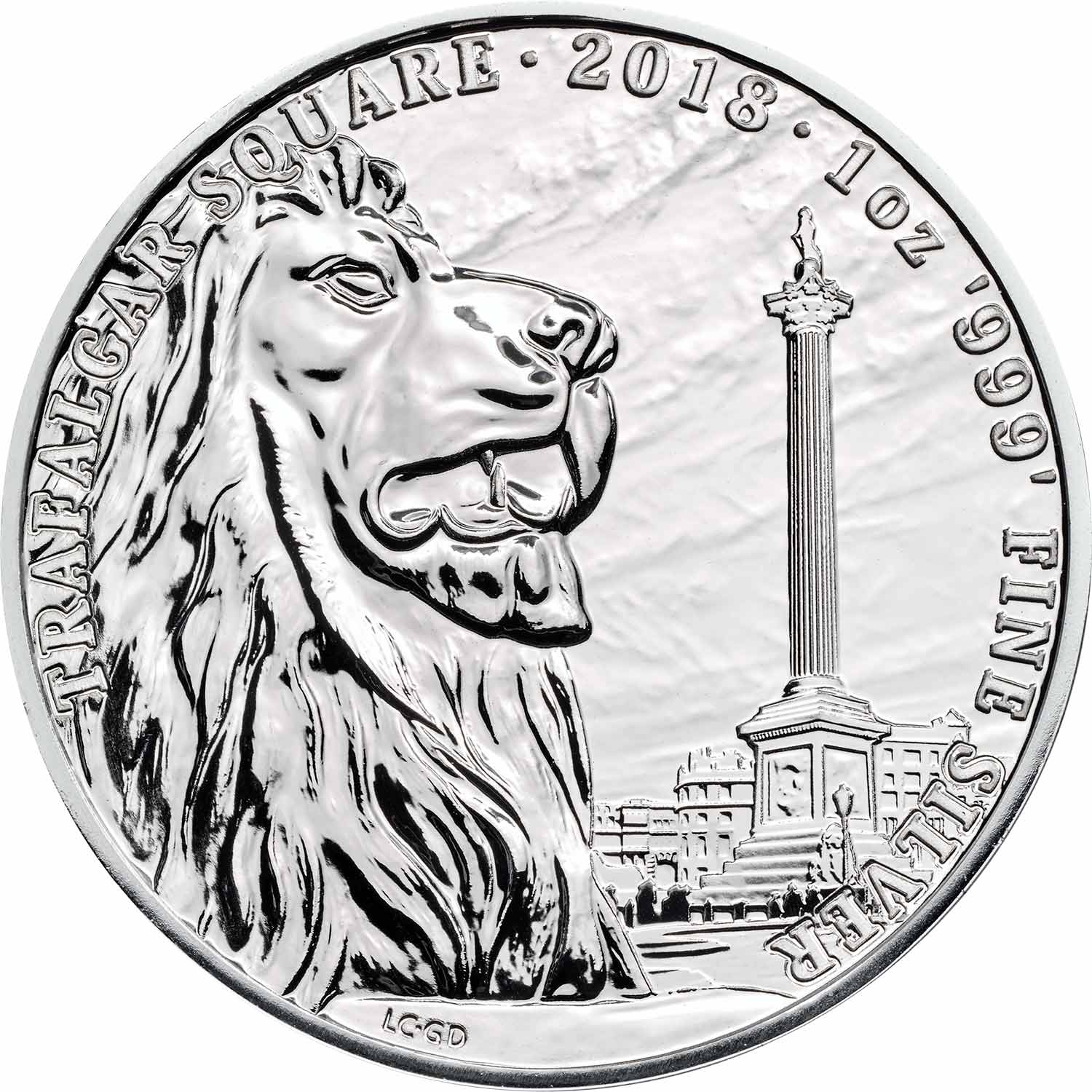 Invest with The Royal Mint