When is The Queen's Birthday?

Queen Elizabeth II was born on 21st April 1926. She was the first child of The Duke and Duchess of York, who later became George VI and Queen Elizabeth.

She was christened Elizabeth Alexandra Mary in the private chapel at Buckingham Palace. The young princess spent most of her early years enjoying a quiet family life with her parents and her sister, Princess Margaret.

When her father died in 1952, The Queen acceded to the throne at the age of 25. She celebrates two birthdays every year: her actual birthday on 21 April and her official birthday on a Saturday in June. The official birthday is held in the summer as it means there’s a better chance of good weather for the ceremony.

The Queen’s official birthday is celebrated with the Birthday Parade, which is also known as Trooping the Colour. During the ceremony, trained and fully operational members of the Household Division greet The Queen with a royal salute. She then inspects the troops, riding past them in a carriage.

After the massed bands have performed a musical ‘troop,’ the regimental colour, or flag, is carried down the ranks of troops. 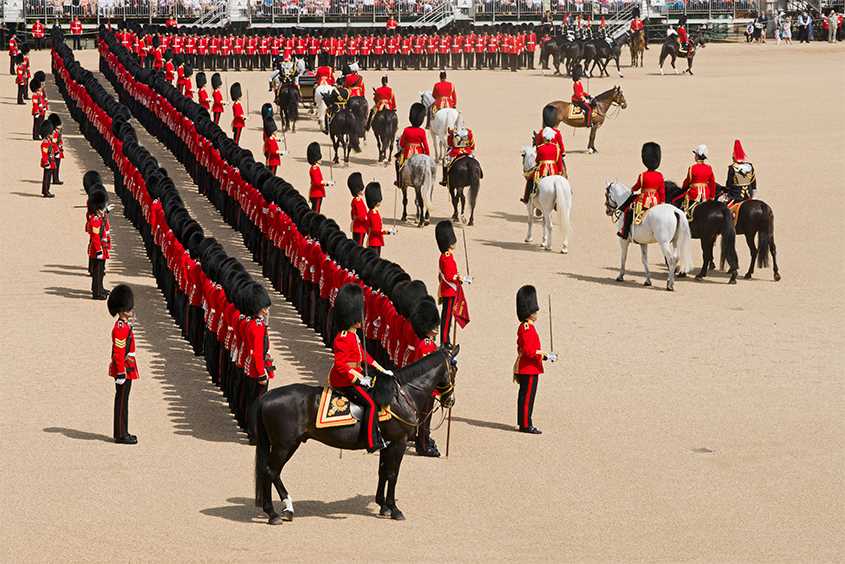