Used throughout centuries of British history

History of the Shilling

In early Anglo-Saxon times, the shilling was simply a numerical unit used in calculations – interestingly, there was no corresponding coin. Once thought to be the equivalent of a cow or sheep, it eventually acquired the value of twelve pence and there were 20 shillings to the pound.

The shilling first appeared as a coin in the sixteenth century, during the reign of Henry VII. When it was first minted, it was originally known as a ‘testoon’. Unlike most of the coins that preceded it, it had a realistic portrait of the monarch – the name therefore came from the Italian ‘testone’ or ‘headpiece’ coins, which were introduced in Milan during the fifteenth century.

The design of the shilling remained fairly consistent throughout the different monarchs’ reigns, always bearing the portrait of the king or queen on the obverse. The reverse of the shilling traditionally featured the Royal Arms of England, though during the reign of King Henry VIII this was amended to bear a crowned Tudor rose.

It was around the mid-1500s that the coin was renamed as a ‘shilling’, which came from the Old English word ‘scilling’. 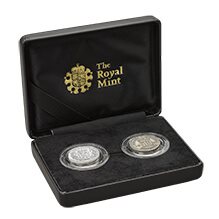 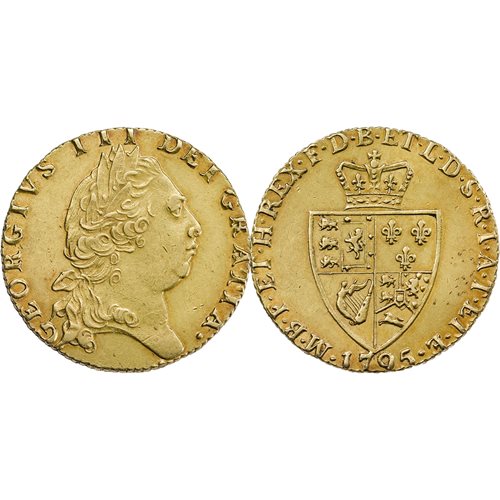 A selection of historic coins from the guinea family.

Originally struck in very small quantities, production increased significantly under Henry VIII (which are still identifiable by the crowned Tudor rose on the reverse). Convenient to carry and suitable for everyday transactions, it became a popular silver coin.

During the reigns of Henry VIII and Edward VI, however, the coin was regularly debased in order to raise more money for battles overseas. The constant reduction of the coins meant that over just seven years between 1544 and 1551, the silver content of a shilling had reduced by four-fifths.

When Elizabeth I came to power, she regarded the debasement of the shilling and other English coins as a huge mistake to be corrected. She therefore ordered for all debased coins to be drawn out of circulation, and newly minted coins to be reintroduced.

Shillings in the 20th Century

Because of its versatility, the shilling remained in circulation throughout most of the twentieth century. During this time, however, the purity of the coin changed significantly – in 1920 the silver content was reduced from over 92% to just 50% due to the rising price of silver. This continued to rise over the following decades, and with the added costs of World War II, silver was replaced by copper and nickel.

In 1968, the shilling was eventually superseded by the five pence piece, but it remained in circulation until 1990 alongside its decimal replacement.

Shillings at The Royal Mint

At The Royal Mint, we have a selection of circulating shillings available to buy. These coins were used in daily transactions throughout the centuries, giving you the opportunity to own a true piece of British history. Discover our full range of shillings to buy below, or explore more historic coins.