Browse a selection of the latest historic coins
Discover more

The 150th Anniversary of The FA Cup – Meet the Makers

World football’s longest-running knockout competition celebrates its 150th anniversary in 2022. To mark the occasion, we have struck the first UK coin honouring the prestigious and world-renowned FA Cup. No strangers to designing coins for The Royal Mint, Matt Dent and Christian Davies have previously created designs for coins commemorating James Bond, Charles Dickens, and the end of the Second World War. Their latest design features on a £2 coin honouring the prestigious FA Cup, where the iconic trophy takes centre stage. We caught up with Matt and Chris to gather their thoughts and insights on the winning coin design.

What attracted you to this project?

Matt: “I love The FA Cup; it’s a wonderful competition with an amazing history. I enjoy the early rounds in particular and those shock results where a minnow of a side knocks out one of the big boys. The competition carries a great sense of football’s grass roots – it’s the complete opposite of a Super League.”

Christian: “I love the fact that the tournament is open to any team, not just the top level. I think we British love the idea of the underdog who defies expectations – that no matter who you are there is always a chance.”

Are you football fans and, if so, who do you support and why?

Matt: “I support Liverpool and I began supporting them at the absolute worst time! I remember being in primary school, and it must have been about 1990. My friends were collecting PRO SET trading cards and the Liverpool ones were the ones everyone wanted, probably because they had just won the first division (with Grobbelaar, Hansen, Mölby, Barnes, Rush, Dalglish and co.). It went from there for me. Unfortunately, Liverpool didn’t win the top-flight league again for another 30 years.”

Christian: “I don’t have an allegiance to any particular club but I do tend to get drawn into the drama when the national teams play.”

The FA Cup is world football’s longest-running competition. Is there a moment/match/goal that stands out for you?

Matt: “The 2006 Liverpool v West Ham final is up there with the best games I’ve ever seen in any competition. Steven Gerrard’s wonder goal in the 91st minute to make it 3–3 and take it to extra time was unbelievable. He was injured and limping before he struck it. I had to have a lie down after the penalty shootout!”

Could you describe your creative process for this particular design?

Christian: “Our process is quite collaborative. We usually start by brainstorming ideas together, along with trying to gather as much visual research as we can. Then we’ll dive into initial sketches – these might be with pencil on paper or digitally, or a combination of both, depending on the subject matter. We usually explore a number of creative routes and will often combine elements from separate routes.”

Could you talk us through any iterations that led you to the final design?

Matt: “We had a good number of versions which all centred on how to capture the spirit of the competition. Ultimately, the design that was most successful featured a clean depiction of the trophy, positioned centrally on the coin, with flowing ribbons and framed by the inscription.”

Did you undertake any research for the theme?

Matt: “As part of the brief we were given a good amount of references and visual material to begin with and, in addition, we undertook our own research, which I’m sure will come in handy in future pub quizzes e.g. where was the first FA Cup Final held? The answer? Kennington Oval, London.”

How was the process of creating a design of such an iconic trophy and sporting competition?

Christian: “I think we both felt a strong sense of responsibility to do justice to the subject matter. The competition has such a rich and unique history and is loved by so many. We wanted the design to carry a certain weight, in keeping with the gravitas of the event.”

Were there any challenges you faced in creating the design?

Christian: “One challenge was deciding what the key elements of the design should be. There are so many starting points with a theme such as this that the potential options and routes to be explored are so numerous. Another challenge was in how best to show the trophy itself as there is a lot of fine detail to get right. It was important to create a faithful and authentic depiction, whilst maintaining a sense of balance in the design in terms of composition and negative space and so on.”

THE FA CUP IN FIVE STORIES

THE HISTORY OF THE FA CUP TROPHY 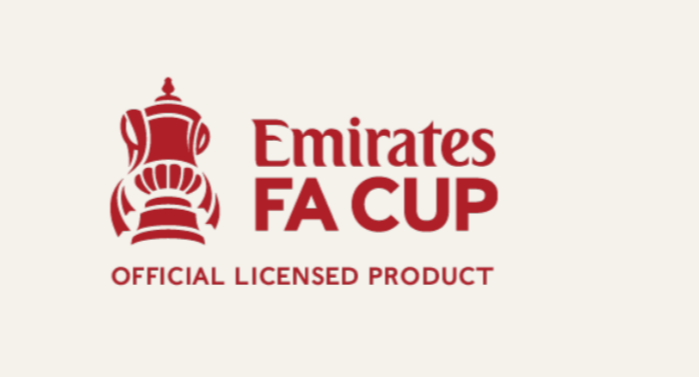