From our series celebrating the 12 animals of the Chinese Zodiac

Year of the Pig

The pig is the sixth design in the series, and is the twelfth and final sign of the Chinese zodiac, appearing once every 12 years. Harry Brockway, the coin’s designer, has ensured qualities of people born in the Year of the Pig are evident in his design. Behind the sow, who is lying comfortably with her children who are feeding, is a countryside landscape at night, featuring a traditional country home. This design shows the generosity, compassion and diligence associated with people born in the Year of the Pig, and defines their relationships with those close to them. The country home signifies the trait of feeling calm, through the drowsy night sky and smoke emanating from the warm fire within the home.

Add To Basket
Find your Animal

Which animal are you?

Lunar Year of the Dog

Lunar Year of the Rooster

In 2014 The Royal Mint united these British and Chinese traditions to create the first official UK Lunar coins. The Shēngxiào Collection, named after the Chinese zodiac, is based upon 12 animals that have their own unique characteristics and qualities.

If you were to search for ‘Shēngxiào’ on the internet you would find The Royal Mint’s range of lunar coins.

Coins have been produced in the Far East in some form or another for thousands of years, just like they have in Britain. Both cultures have traditionally used coins in celebrations and family events, and while these customs date back over centuries, a new generation are embracing the ancient practices in a modern way.

In the United Kingdom coins are often the gift of choice for a special occasion. Brides traditionally tuck a sixpence into their shoe for good luck, and silver gifts are given to newborns and at christenings – inspired by the centuries-old custom of giving silver coins to a baby for good luck.

Lunar Year of the Dog. If you were born under this sign, you’re in good company. The British actors Dame Maggie Smith and the late Alan Rickman were both born in years that fall under the sign of the dog, as was famous director Steven Spielberg. Their Royal Highnesses The Duke and Duchess of Cambridge were both born in 1982, making them perhaps the world’s most famous couple to be born under this sign.

During Chinese New Year, against a backdrop of fireworks, vibrant decorations and feasting, people share gifts of coins in red envelopes to wish each other luck, love and prosperity. While the exact origins of the red envelopes are up for debate, the colour is considered lucky in the East, symbolising passion and energy.

How will you celebrate Chinese New Year? 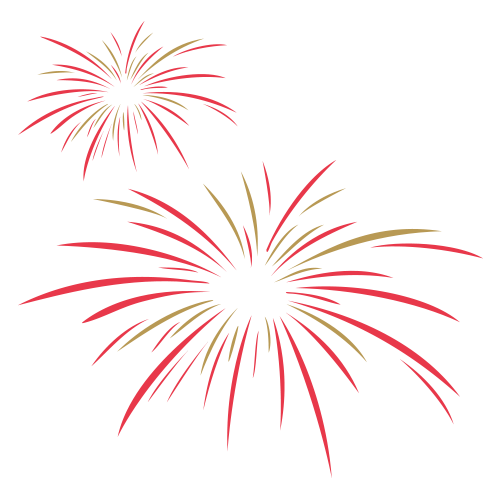 It is traditional to light fireworks on the first day of festivities, to chase away evil spirits. 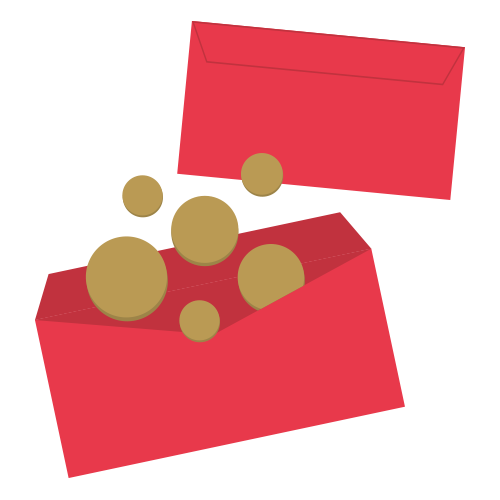 Red packages are sometimes given to relatives at family dinners. They often contain gifts of money in amounts that are considered to reflect good luck. 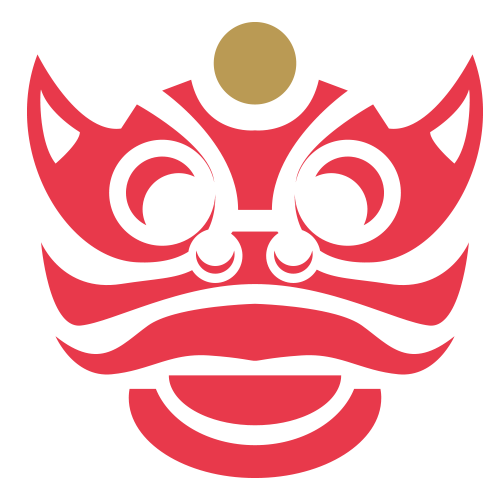 Dragon and lion dances are common during Chinese New Year. It is thought that the colourful masks and beat of the drums will ward off bad spirits. 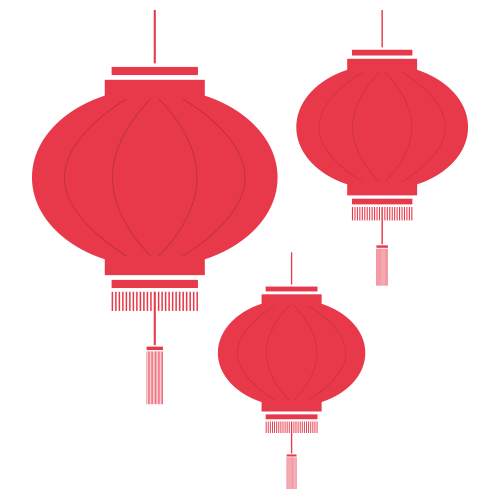 After fifteen days the Chinese New Year celebrations end with the Lantern Festival.