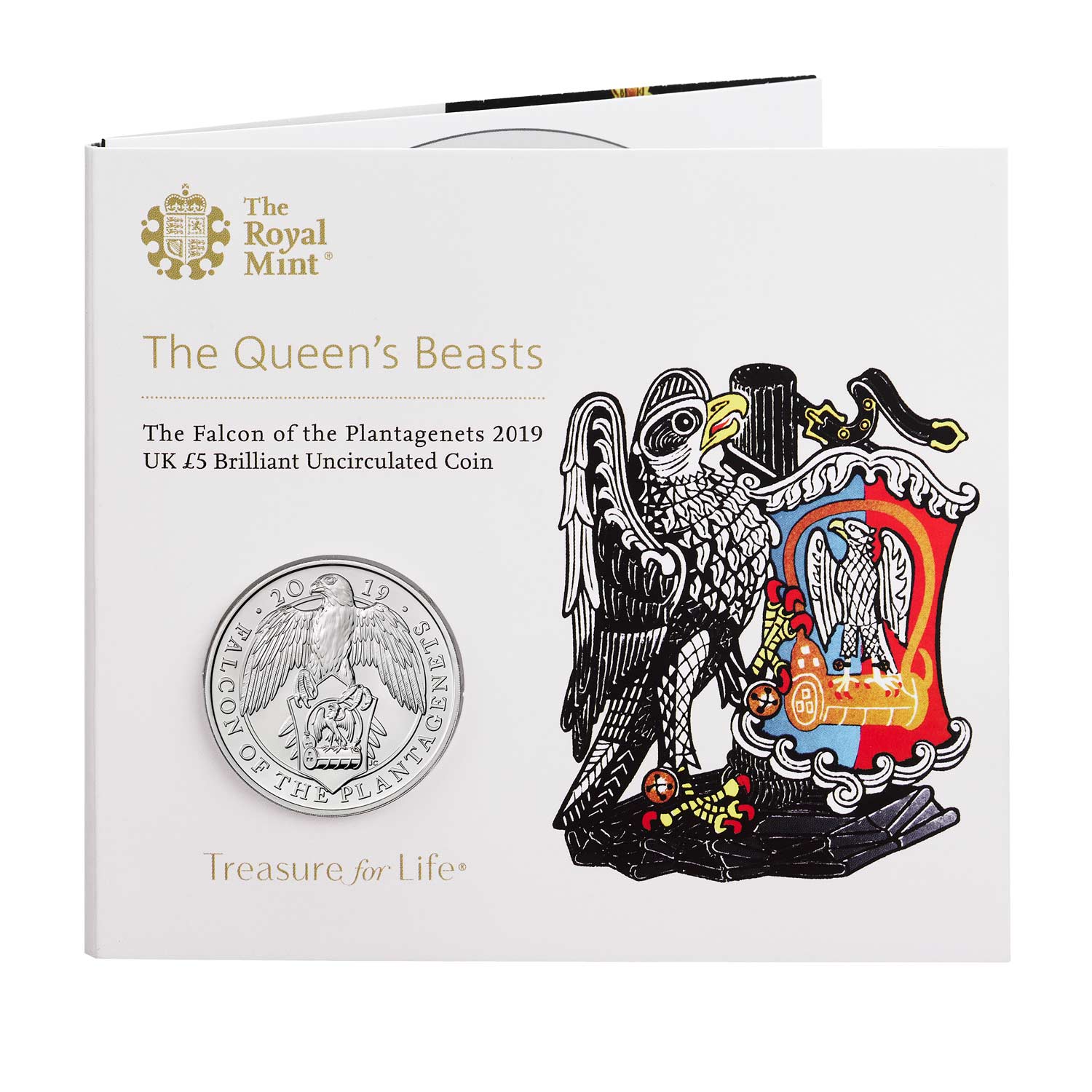 66 years ago the country witnessed the coronation of Her Majesty The Queen. Standing guard outside Westminster Abbey were ten statues of heraldic beasts, imposing symbols of royal authority. The Queen’s Beasts Collection from The Royal Mint celebrates each of these creatures in turn.

Imposing and majestic, the use of the falcon in English heraldry originated with Edward III and would become closely associated with the House of York. 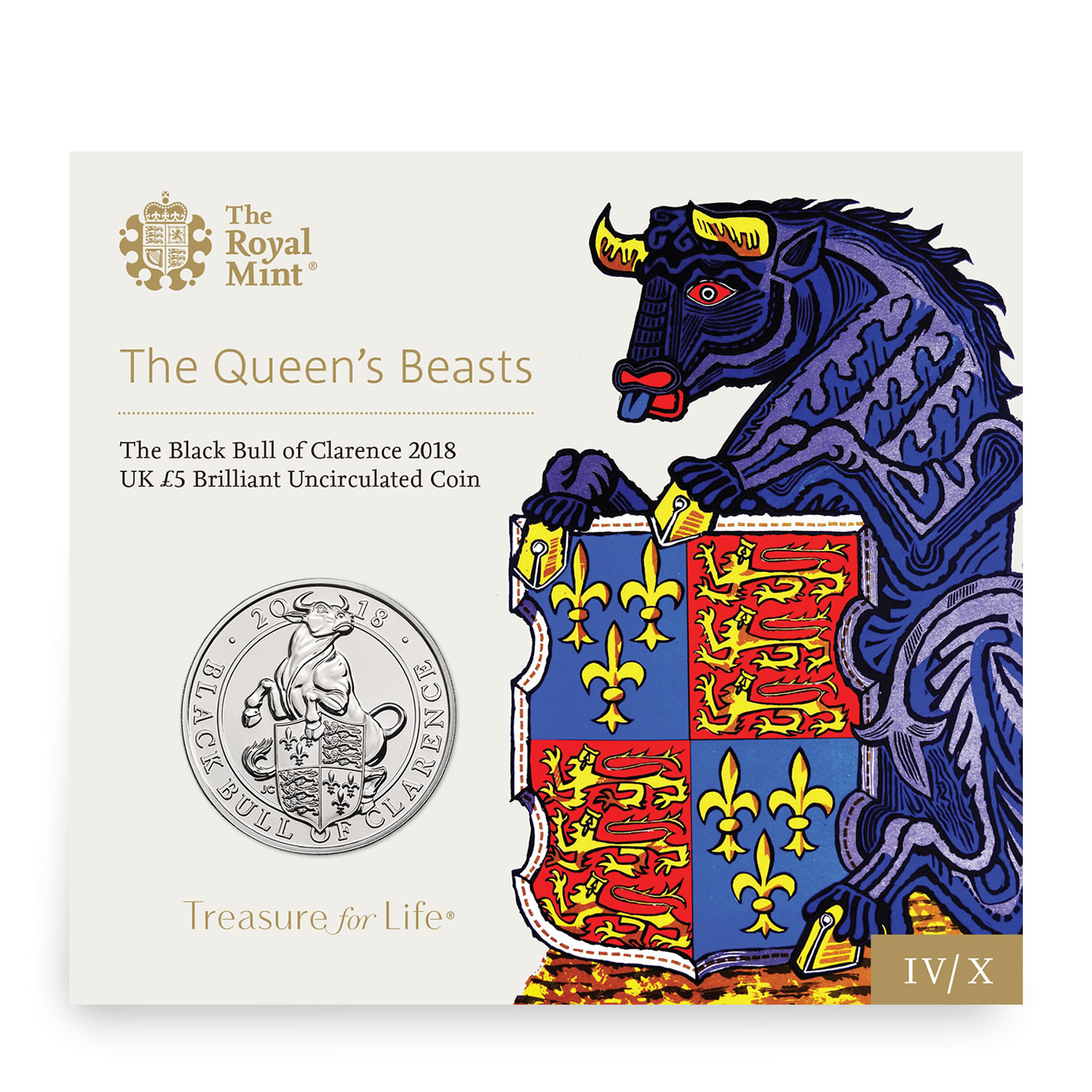 The Queen’s Beasts were created to celebrate the coronation of Her Majesty The Queen in 1953. The Black Bull of Clarence is the latest coin in this popular collection and features the majestic creature that represents the heraldic history of the Royal Family.

Each one of these cupro-nickel coins is presented in fold-out packaging that explores the inspiration behind the series and the contemporary design of the Black Bull of Clarence. 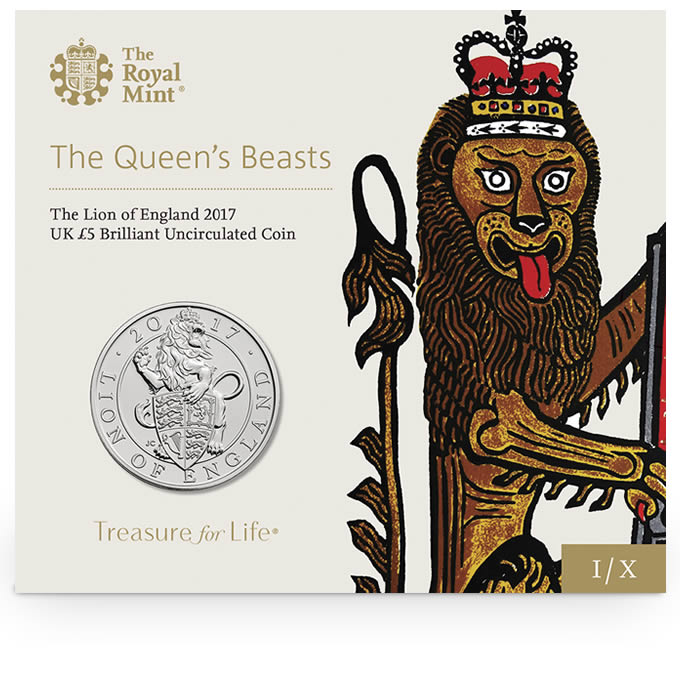 First in the series of ten £5 coins are the Lion of England and the Unicorn of Scotland. Both of these beasts are supporters of the Royal Arms – the royal badge that represents the monarchy and the United Kingdom. The pair are seen in many everyday places, including on British passports. The Lion of England, a classic symbol of strength in British heraldry, leads the pack.

Each coin is presented in packaging that has been specially designed for the Brilliant Uncirculated editions of The Queen’s Beasts Collection – colourful, informative fold-out wallets that display the coins and capture the imagination. 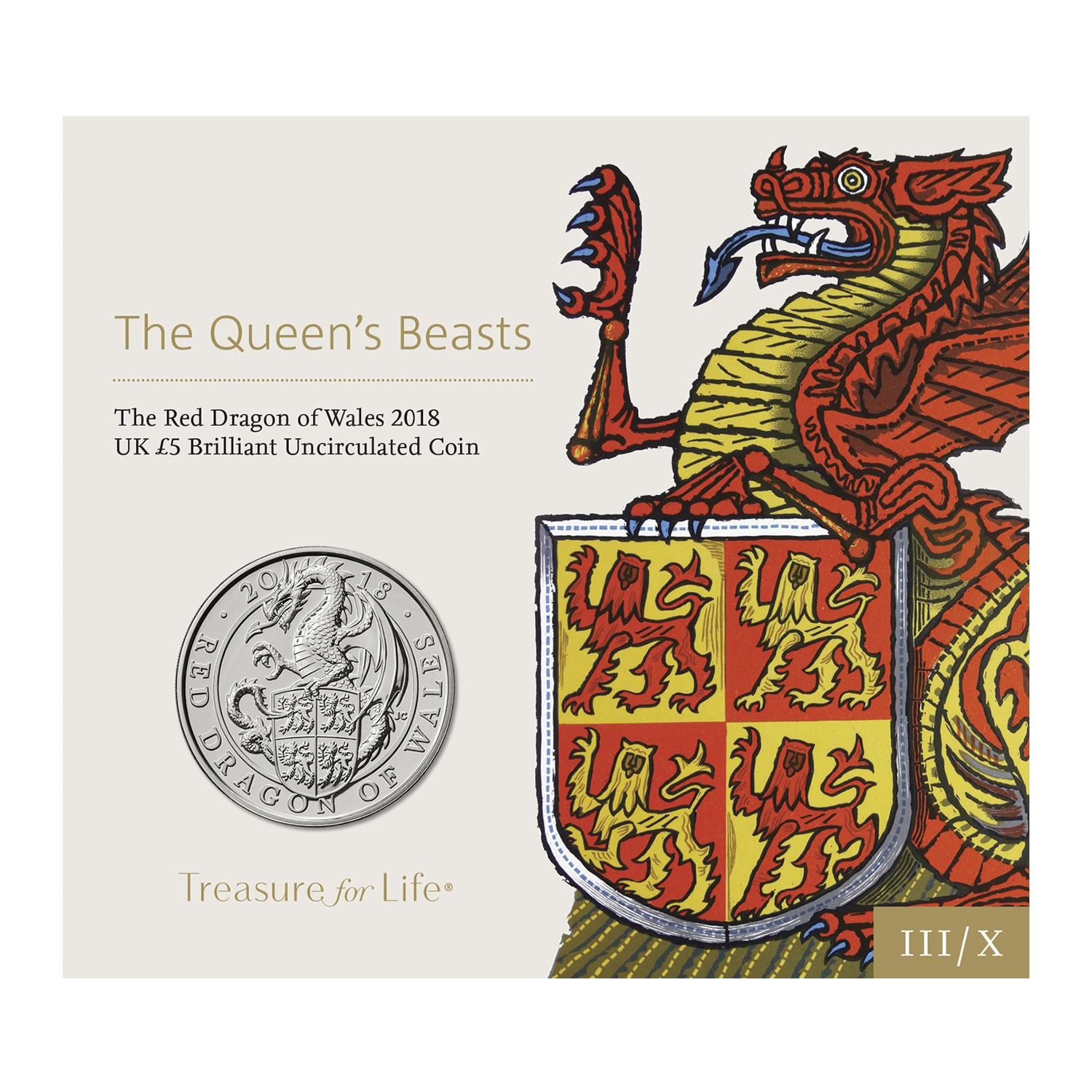 When we were young we were fascinated by tales of magic and mighty beasts, of valiant kings and queens, and of battles won and lost. These mythical tales may seem to belong to a world of weird and wonderful creatures, but many of the stories take their inspiration from the United Kingdom’s rich history and heritage.

Each coin is presented in packaging that has been specially designed for these editions colourful, informative fold-out wallets that display the coins and capture the imagination.