If you’ve ever read investment news and guides, you may have seen the phrases ‘bull market’ and ‘bear market’ a few times, though you may be unsure of what phrases like this actually mean (beyond the general sense that a ‘bull’ market is a good thing). This article will explain what bull and bear market trends actually are, and how people classically invest in each type of market. 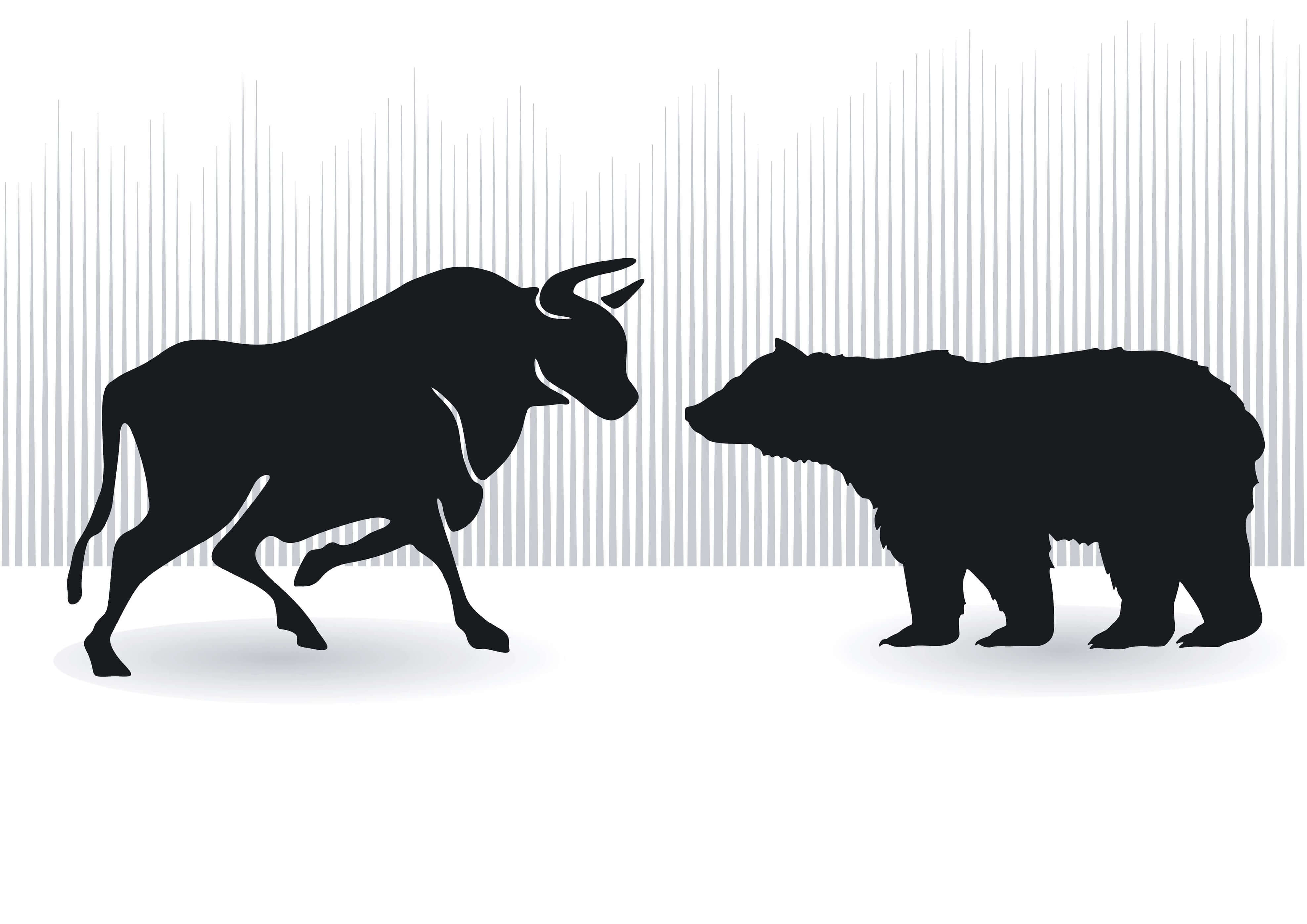 A market trend exists when an analyst (or an individual investor) believes the market is moving in a particular direction over a certain period of time. A market is said to be ‘trending down’ if prices are generally falling, and ‘trending up’ if prices are generally rising. A trend might refer to several markets at once, an entire market, a segment of that market or even only a particular set of investments or securities.

Trends can be either short term (secondary trends), medium term (primary trends) or long term (secular trends). Just what constitutes short or long term varies from market to market, or security to security.

Bull markets are those which are currently undergoing an upwards trend, with prices generally rising over a period of time. Long-term bull markets (secular trends) have historically lasted an average of 8 or 9 years. Over the last century, bull markets have seen prices increase between 15% and 34% year on year.

Of course, those are just averages. One particular bull market, the ‘dot-com bubble’ lasted less than 2 years and saw some stocks gain thousands of percentage points during a very short time.

Bear markets, on the other hand, are those considered to be trending downward. They are also generally shorter in duration, and see sharper changes in price. The average over the last 100 years has been 1 to 1.5 years for bear markets, during which time stock prices fell between 20% and 50% year on year. The Vanguard Group defines a bear market as any period of more than 2 months with sustained 20% or greater drops in value.

Bear markets have their statistical outliers as well. One famous example is the Wall Street Crash of 1929 which heralded the Great Depression in the States. It lasted some three years and saw the Dow jones Industrial Average fall nearly 90%.

One traditional explanation is that bulls fight with their horns up, symbolising the upward trending market. Bears, conversely, are said to fight with their claws facing down like the downward trending market. However, this is akin to the ‘backronym’. The names almost certainly predate the symbolism, which was applied to explain them after the fact.

The term ‘bull market’ most likely comes from the expression ‘bully’ meaning excellent or desirable. Long ago an upward trending market would be described as a ‘bully market’, and the association with actual bulls came later.

‘Bear market’ has a different history. One of the first examples of futures trading came from the bearskin trade. Traders would frequently sell the skins long before they were even produced. If the traders expected a downward trend in prices would form, they would ‘short sell’ the skins, selling them below current market prices in order to sell as many as possible before the market collapsed. When the skins were actually produced the market price was low, yet they had already been paid for at the higher price. Such a rapid fall in prices was called a bear market after the bearskin traders.

How people invest in a Bull Market or Bear market

Classically, bear markets have seen more interest in securities (such as bullion) which can be expected to retain or even increase their value either in spite of or because of the overall downward trend of the market. The increased desire for securities in a bear market often causes their sales price to rise.

The Royal Mint prepares a regular newsletter via email with articles like this one, as well as news and current events that we think may be interesting to collectors, investors and anyone who follows financial developments. The service to absolutely free. If you would like to subscribe, just enter your details below

It's easy to get started. Simply create an account and start investing in bullion right away.