A symbol of Power and Grace on a Piedfort Coin

A Symbol of Power and Grace on a Piedfort Coin

As the Royal Air Force (RAF) reaches its centenary, The Royal Mint continues its tradition of honouring the British Armed Forces, striking a series of coins to mark this important milestone. We’ve joined forces with the RAF, putting the spotlight firmly on their symbolic badge, plus four iconic aircraft; celebrating the past, present and future of the RAF. The mighty Vulcan is the latest plane to fly onto a £2 coin in the collection. With a diameter of more than 28mm and weighing 24 grammes, this sizeable sterling silver piedfort coin is a fitting tribute to a giant of the sky.

The coin’s reverse design is unusual as it was created by brothers Richard and Neil Talbot, two artists in collaboration. Their design places the Vulcan at the centre of the coin, showcasing the recognisable delta wing shape and substantial presence. Each detail is enhanced by the coin’s Proof finish – the highest grade finish you will find on commemorative coins – and comes packaged with a booklet that includes insights from experts at the RAF, including a pilot who has flown the iconic aircraft.

Just 3,000 coins are available in this Limited Edition Presentation 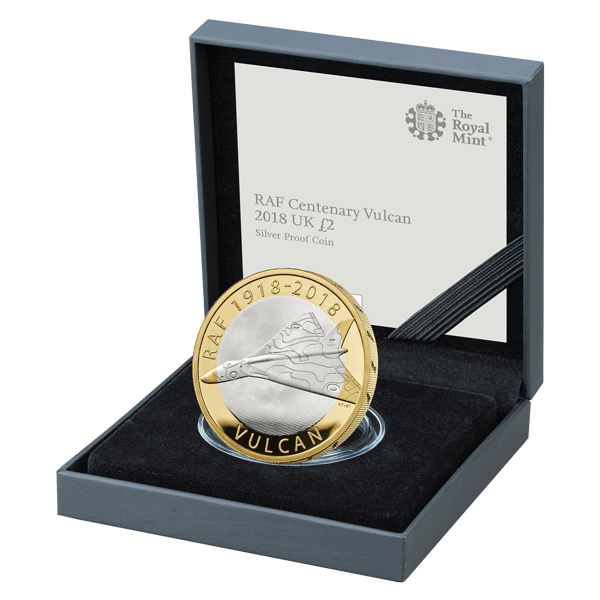 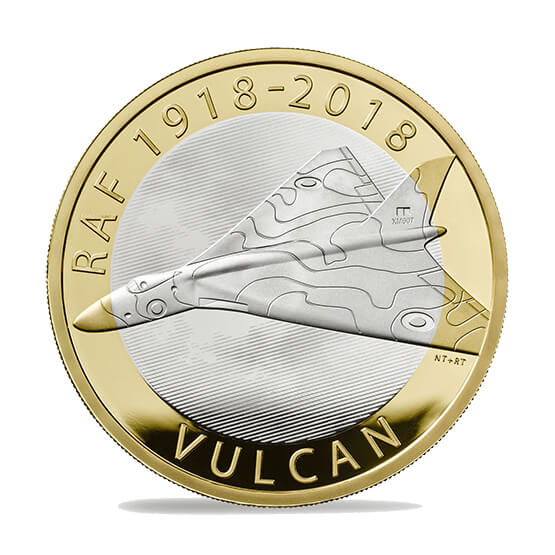 Just 3,000 coins are available in this Limited Edition Presentation

Visit our shop for your chance to own this exclusive coin