Millions of lives are affected by the stories told through the 2019 Annual Sets. Our sense of who we are and our place in the world can be traced, in part, to the people and events honoured by this collection of coins.

Seventy-five years ago, the Allies sought a foothold on mainland Europe in a bid to turn the tide of the Second World War. To defeat Germany, the Allies knew they had to open a second front, relieving pressure on the Soviet Union and weakening Hitler’s grip on mainland Europe. US Army General Dwight D. Eisenhower led the command team planning the operation. Fresh from masterminding the Allied victory in North Africa, British Army General Bernard Montgomery was put in charge of the ground troops.

An invasion of this scale was a huge logistical challenge, incorporating thousands of personnel and millions of tonnes of supplies. Deception campaigns kept the Germans off guard, unsure where the imminent invasion would come. When the day finally came on 6 June 1944, more than 130,000 men landed on five Normandy beaches - code-named Utah, Omaha, Gold, Juno and Sword - aided by around 7,000 ships and landing craft, 12,500 vehicles and 11,590 aircraft. 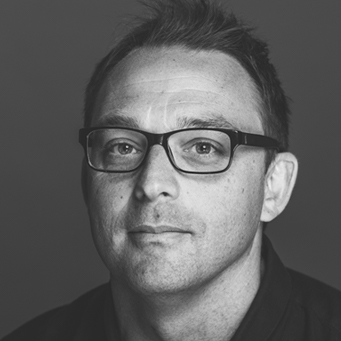 Stephen Taylor
The story of D-Day, the largest amphibious assault in history, is told through a £2 coin design by Royal Mint graphic designer Stephen Taylor.

"I started by researching period artwork, before moving on to military maps... The fonts are inspired by markings on US, Canadian and British landing craft, capturing the spirit of international cooperation." 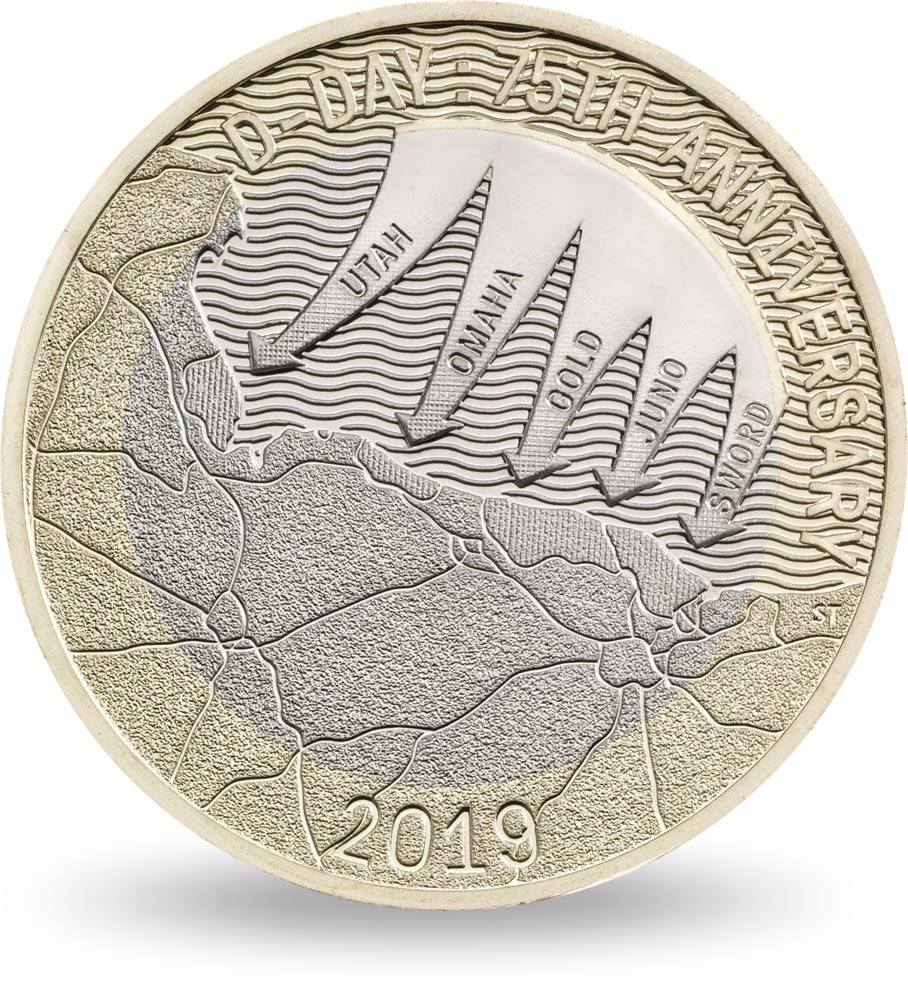 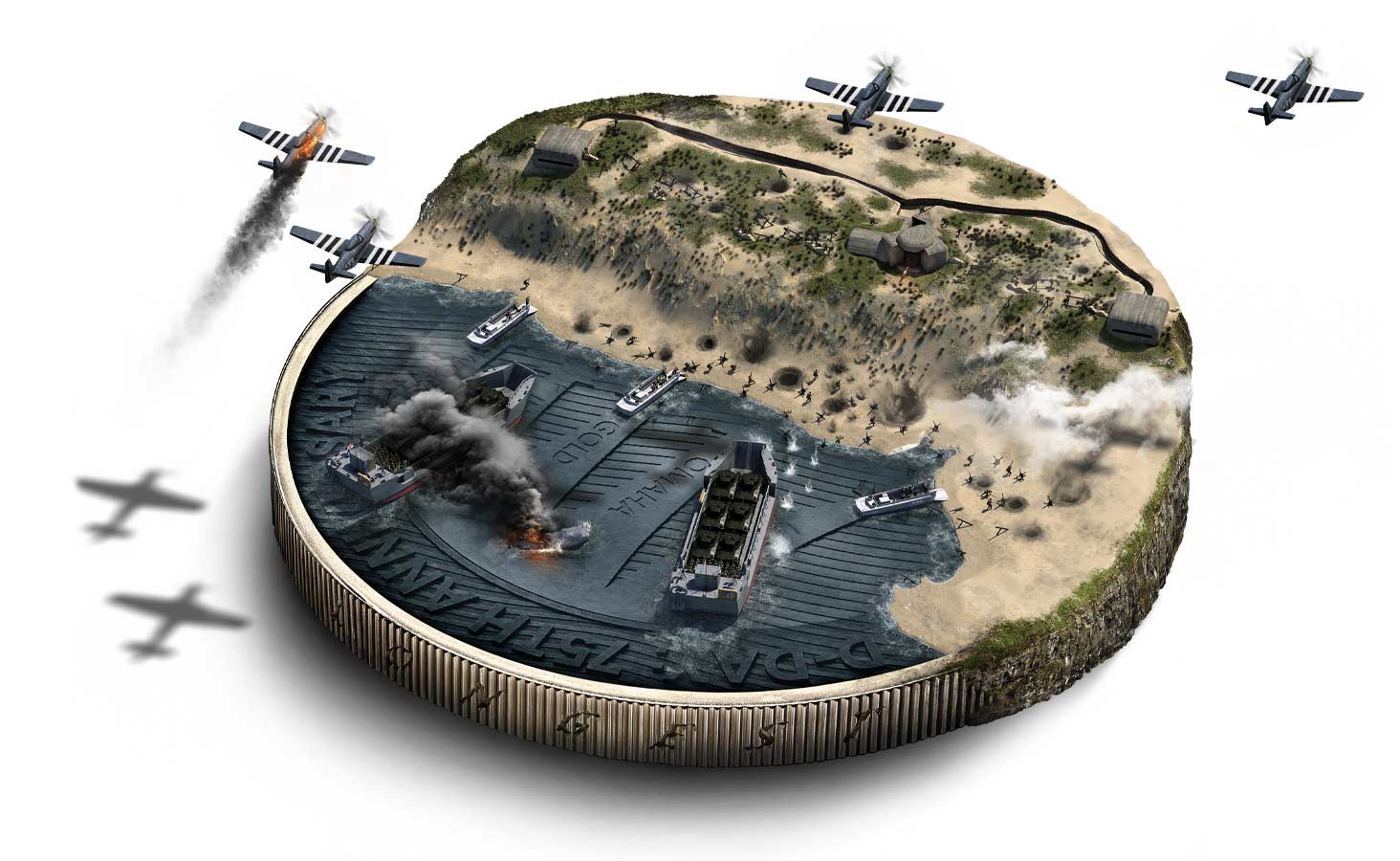