The five portraits of Her Majesty The Queen

The five portraits of Her Majesty The Queen

Five portraits of Her Majesty The Queen

New coins showing the first portrait of Her Majesty were issued in 1953. They represented a fresh start following the Second World War, and announced a new Elizabethan era. The Queen looked youthful and optimistic and the portrait was used on the coins of the United Kingdom and the coinage of many Commonwealth countries.

Although the switch to decimalisation did not happen until 1971, decimal coins entered circulation before then. The 5p and 10p pieces were introduced in 1968 to replace the existing shillings and florins. They were the same size and value as the pre-decimal coins, so were able to circulate together until ‘D-Day’ in 1971. It was a useful first step in preparing the public for what was to come.

To help the new coins stand out from the older currency, a new portrait of The Queen was commissioned. Designed by Arnold Machin RA, the new portrait showed The Queen wearing a tiara instead of a wreath. The tiara had been given to The Queen by her grandmother, Queen Mary. Like Mary Gillick before him, Machin avoided using a ‘couped’ portrait – cut off by the neck – which had been the norm on coins issued earlier in the century.

Interestingly, a modified version of Machin’s portrait has appeared on British postage stamps since 1967, which means it is probably the most reproduced image in history. 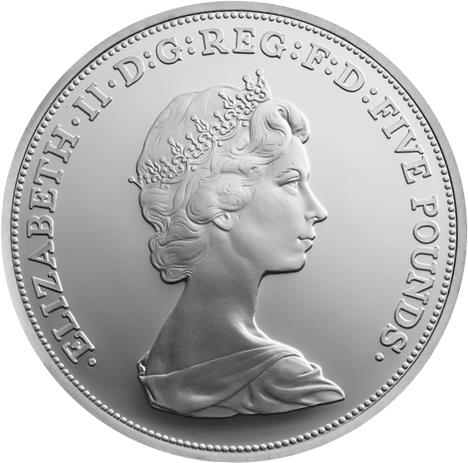 From 1985 to 1997, UK circulating coins featured a royal portrait by the sculptor Raphael Maklouf. The portrait was couped and showed The Queen wearing the royal diadem, which she normally wears on her way to and from the State Opening of Parliament.

Unlike the earlier portraits, Maklouf’s version also shows The Queen wearing a necklace and earrings. Critics accused him of sculpting The Queen “flatteringly young” but Maklouf responded by pointing out that his intention had been “to create a symbol, regal and ageless.”

If you look closely you can see the artist’s initials, ‘RDM’, at the bottom of The Queen’s neck. Maklouf included his middle initial, D for David, to make sure that his initials wouldn’t be seen as a reference to The Royal Mint.

There is a long-standing urban myth that the first bicolour £2 coins from 1997 that bear the Maklouf portrait are rare and valuable. As more than 13 million of them were issued, it’s a myth that can be debunked! 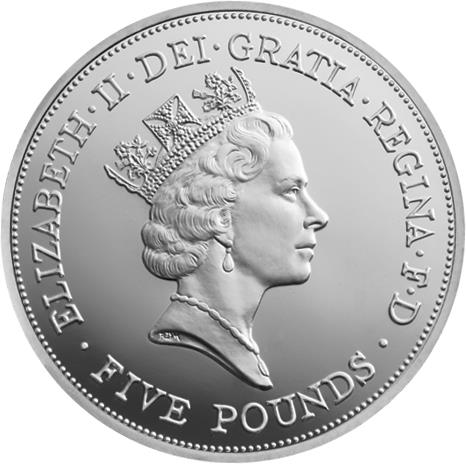 The idea of replacing the Maklouf portrait came about during a competition to design the obverse of the 1997 Golden Wedding crown. The standard of entries for the conjoint portrait of The Queen and Prince Philip was so high that it was decided to explore the possibility of a new coinage portrait for circulating coins, too.

The winning design by Ian Rank-Broadley FRBS, introduced in 1998, makes for an interesting contrast with its predecessor, being less idealised and more strongly realistic.  Ian Rank-Broadley explained there was: “No need to disguise the matureness of The Queen’s years. There is no need to flatter her. She is a 70-year-old woman with poise and bearing.” The portrait also appeared as large as possible within the framework of the coin, as he wanted to maximise its impact on smaller coins like the new 5p, 10p and 50p pieces. 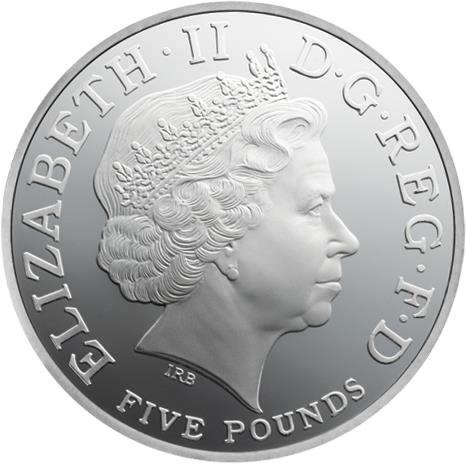 The latest portrait of The Queen was unveiled in 2015. It is the fourth portrait of The Queen that can be found in circulation today, as the Arnold Machin, Raphael Maklouf and Ian Rank-Broadley portraits all still feature on the coins of the nation. Jody Clark is the first Royal Mint coin designer to design a definitive royal coinage portrait in over 100 years. 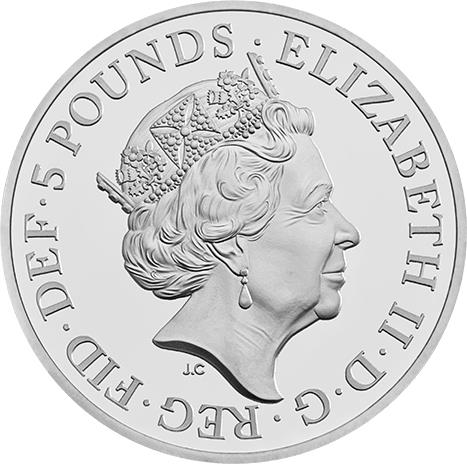