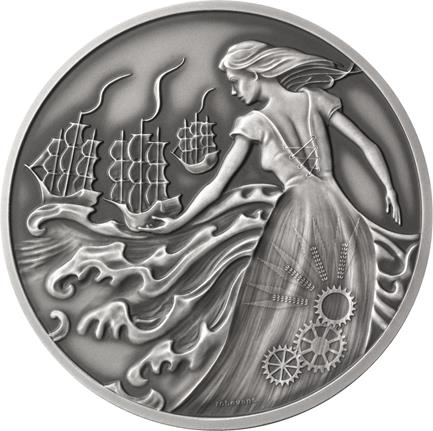 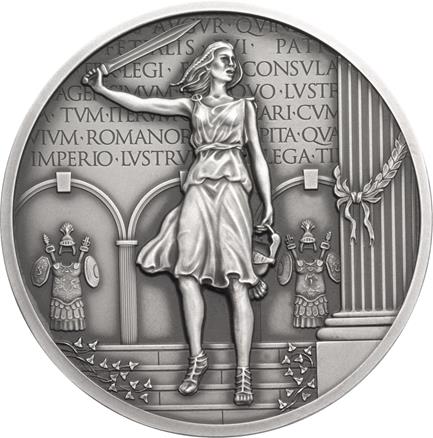 Britannia has featured on British coins for centuries, but in 2011 The Royal Mint wanted to take a fresh look at this national symbol.

For the 2011 Masterpiece Medal, The Royal Mint Engraver Robert Evans thought about different ways to portray Britain’s symbolic figurehead. On one side of the medal is a younger Britannia, who has been abandoned by the Romans. She may be facing an uncertain future, yet she is still bravely taking up arms to defend herself.

The other side shows a more mature Britannia, who is ruling over the waves. The wheels of industry are shown turning in her skirts.

The artist in his own words

“Britannia’s long association with Britain’s coinage is well documented, but it can be difficult to look with fresh eyes on such an iconic image.

Designing the Masterpiece Medal, without coinage restrictions, has given me the freedom to take a fresh sheet of paper for Britannia, to look beyond my own associations with her – which I am sure many people share – and to tell her story in my own way.

Early Roman images of Britannia tend to show her as sad, even deflated. Yet she went on to become our symbol, we took her to our hearts, a warrior, our champion.

I wanted to capture that spirit, and so I looked back to Britain’s abandonment by the Romans as, recalled to defend Italy, they left the Isles of Britannia to the mercy of invaders. Britain appealed to Emperor Honarius, only to be told, ‘Defend yourselves.’

I was inspired by the finality of Rome’s severed connections, and the stark choice to fight or to succumb, and in my first design Britannia became a spirited young girl who, surrounded by the remnants of the departed Empire, seizes the discarded sword of Rome to challenge Britain’s enemies.

For my second design, I wanted to re-chart Britannia’s maritime history, showing a more mature and confident Britannia and reflecting her connection with our naval heritage by depicting her as very much ‘of the sea’.

My design shows Britannia both merging with the sea and emerging from it, protecting the ships at her hand and inspiring the exploration that would bring Britain prosperity and security.”