Hello,
We heard that there is a special something at the top of a certain someone's wish list this year and they've asked us to send you this little hint from your friends at The Royal Mint. 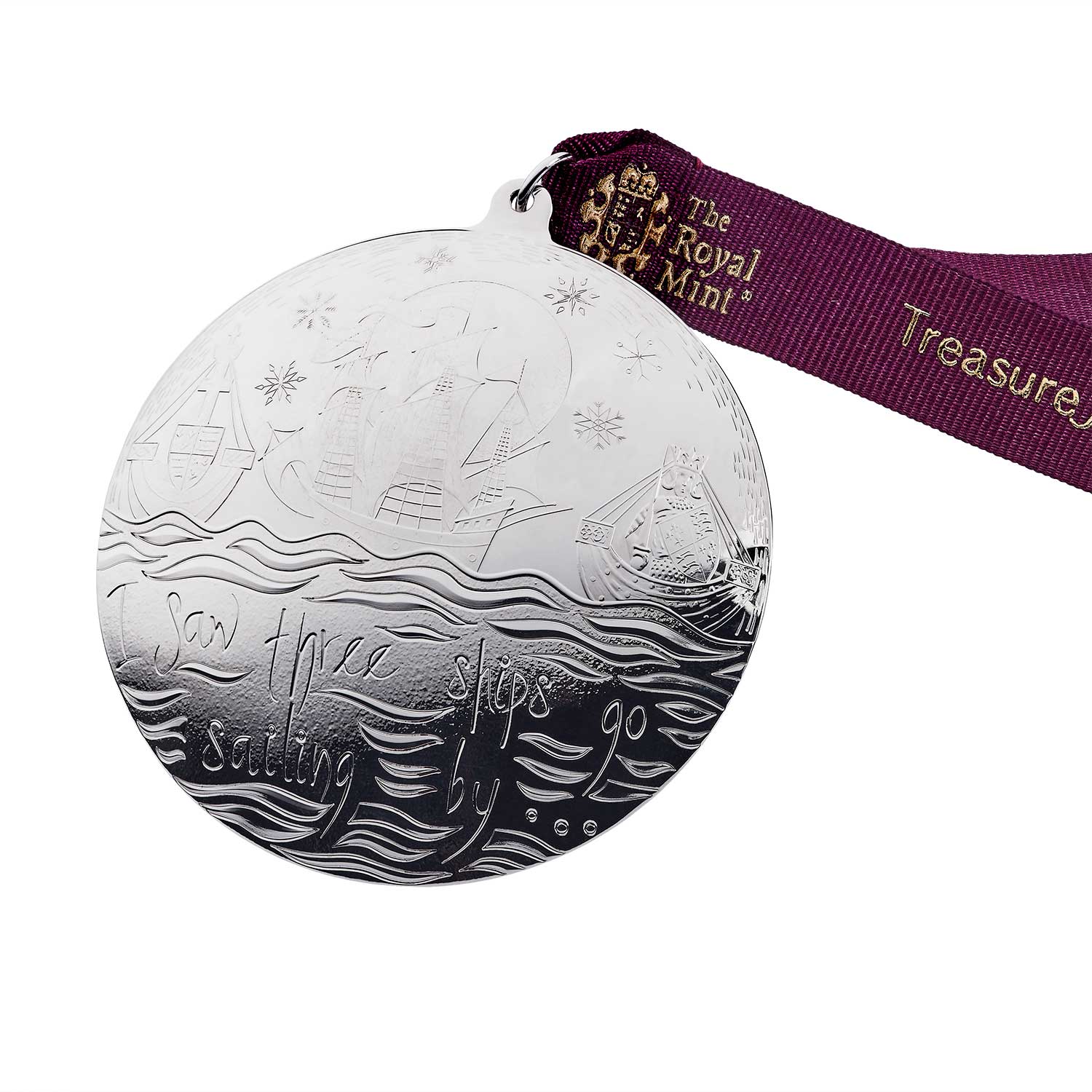 Adorn your tree with this beautifully crafted, domed Christmas tree decoration, inspired by the traditional English Christmas carol 'I Saw Three Ships' and made in .925 sterling silver.

Delving into our archives we noticed that ships have been a common feature on coins throughout history, and so we selected three iconic ships from different periods as the inspiration for this design. Even the waves echo the stylised depictions used on these three coins.

The legend about sailing into landlocked Bethlehem can be traced back to the 12th century when three ships supposedly brought the relics of the Wise Men to Cologne, Germany, and it is from this story that the English folk carol evolved which is believed to have come from the 15th century. The "three ships" refers to the belief that there were three Wise Men although originally they were also representative of the Holy Family.

Our talented designers Emma Noble and Tommy Docherty worked together to create this stunning decoration, which was made even more technically challenging by the domed shape required. The hallmark, including The Royal Mint tower icon, and a commemorative year date are featured on the reverse.

In a first for The Royal Mint, this beautiful piece of seasonal art has been produced by our talented team of craftsmen in Llantrisant, South Wales, using traditional coin pressing techniques. Careful hand-finishing is required to create the distinctive domed shape that really emphasises the detailed design to the front.