The Royal Mint Announce First Coin in Celebration of Diversity

The Royal Mint Announce First Coin in Celebration of Diversity

The Royal Mint has today unveiled a brand new coin, a 50p celebrating the diversity which built Britain.  The coin marks a new era for British coinage, with more designs celebrating diversity and inclusivity set to follow. 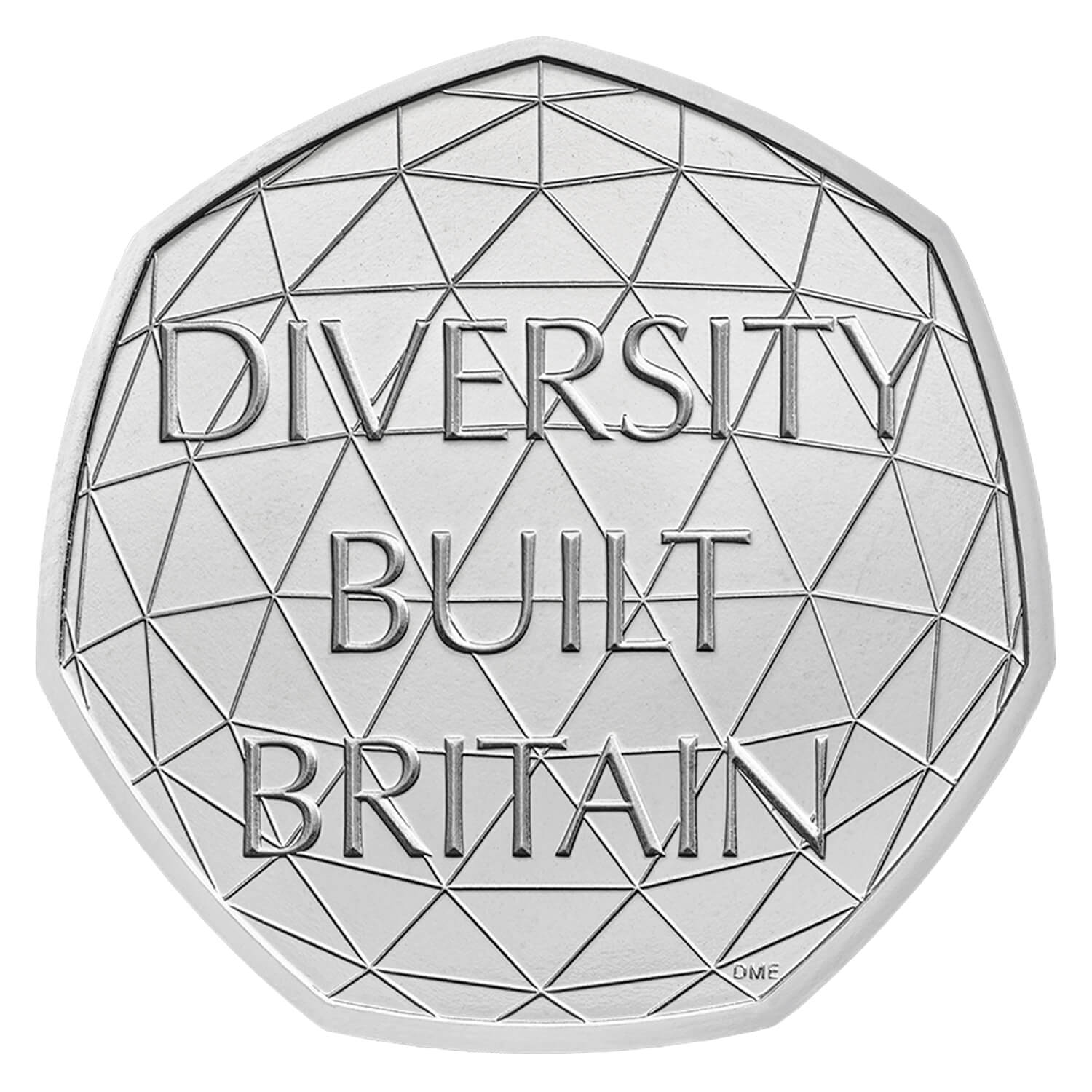 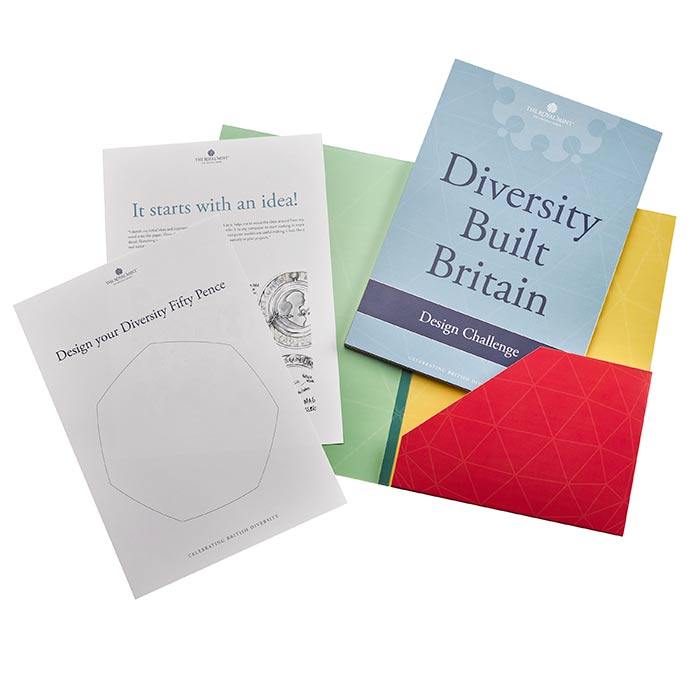 To support this landmark coin, The Royal Mint is working in partnership with the West India Committee to offer a school programme exploring the diversity that built Britain, and marking Black History Month. The educational pack will be issued to every primary school in England and Wales, and explores stories of significant black figures in British history as well as including a ‘Diversity Built Britain’ 50p.

A second education pack will encourage children to explore their own thoughts and feelings about diversity and to express themselves creatively, with links back to the coinage of Britain. Both education packs are available to download for free from: royalmint.com/diversity

The ‘Diversity Built Britain’ coin has been designed by The Royal Mint’s Dominique Evans, who boasts a number of high profile designs in her portfolio.  As one of Britain’s foremost coin designers, Dominique has also designed the 75th anniversary of VE Day, the Queen’s Sapphire coronation and Jane Austen £2.

To accompany the circulating coin, The Royal Mint has produced a new commemorative 50p coin collection. There will be an exciting range of commemorative coins available in Brilliant Uncirculated, Silver proof and Gold proof editions.

Dominique Evans, Designer at The Royal Mint, said: “When designing this coin, I began by thinking about the people who inspire me and what diversity has meant in my life. I believe that no matter where you are born, we all belong under the same sky and this was the starting point of the design.

“The background of the coin features a geodome with a series of interconnecting lines and triangles that form a network. Each part is equal, and symbolises a community of connection and strength. The words ‘DIVERSITY BUILT BRITAIN’ talks about the differences between us, and the connection which gives us unity. The design also looks to the future, how we can connect, develop bonds and grow stronger together.”

Anne Jessopp, CEO of The Royal Mint, said: “Britain’s history is rich and diverse. For more than 1,100 years, the nation’s story has been told through coins struck by The Royal Mint, a narrative carried in the pockets and purses of all its people. The contribution of ethnic minority communities has been such an important part of that story but has often gone unrecognised. This coin has been created to celebrate all the people who have made Britain what it is today. This is a very exciting development for us and the launch of this important coin coincides with Black History Month, signalling a change in UK coinage, one that I am personally delighted to pioneer.”

Rishi Sunak, the Chancellor of the Exchequer, said: “I have seen first-hand the contribution made by ethnic minority communities to Britain’s history.   That is why I backed the “We Too Built Britain” campaign and requested that the Royal Mint introduced this coin to celebrate it.

“This coin, and the rest of the series, will act as a fitting tribute to the very profound impact ethnic minority communities have made on Britain, and I am grateful to the Royal Mint for turning this around at record speed.”

Boris Johnson, the Prime Minister, said: “Congratulations to Dominique Evans the designer of The Royal Mint’s new 50 pence coin - ‘Diversity Built Britain’. Her design is the first in a series of coins The Mint will be producing, celebrating those who have helped shape our national history and culture.

“I had the great pleasure of welcoming Dominque to a Cabinet meeting, along with Anne Jessopp, the first female Deputy Master of the Mint and Blondel Cluff CEO of the West India Committee and Advisor to The Royal Mint. This new coin echoes the government’s commitment to building a fairer society for all”.

As part of the wider ‘Diversity built Britain’ campaign, the Royal Mint has also launched an Inspiration Wall on their website encouraging people to submit their own stories of who inspires them. It also looks at recent coins issued such as the 2007 £2 coin in commemoration of the abolition of slavery, and a 2014 £5-coin commemorating Britain’s First Black Officer Walter Tull.

For more information about The Royal Mint’s range, to view the Inspiration Wall or to find out more about the Diversity Built Britain coin, visit the website royalmint.com/diversity