Penguins, Parrots and Pandas are on the Money - New 50p celebrates fifty years of WWF 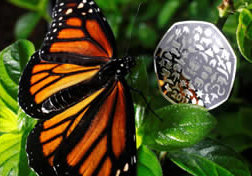 To mark the 50th anniversary of WWF, the Royal Mint is releasing a special 50p coin. Limited edition commemorative gold and silver versions of the coin have been struck, with a circulating coin being introduced later in the year.

Unlike any coin seen in British pockets, the new 50p features 50 carefully selected icons, each symbolising an aspect of WWF’s wide ranging environmental and conservation work. Alongside the charity’s iconic panda logo at the heart of the design, sits a dolphin, gorilla, rhino, polar bear and butterfly. Other icons featured on the coin include a car, a wind turbine, coffee bean and a human footprint to represent man’s impact in the world.

The new 50p has been created by award winning Graphic Designer Matthew Dent, who also designed definitive coins introduced in 2008.

Commenting on the coin, Matthew Dent said: “My idea was to design a selection of stylised icons to represent the various facets of WWF – shapes that would not only complement the famous panda logo, but would also be recognisable when fitted onto the coin’s face.”

He continued: “If you look closely you’ll see that the design features mammals, birds, fish, insects, lizards, fruit, seeds, trees and plants, along with icons representing human impact; farming, transport, renewable energy sources and the home. The challenge from my perspective was simplifying the shapes whilst keeping them distinctive, and of course, squeezing them all in.”

Director of the Royal Mint Museum, Kevin Clancy, said: “We’re proud to commemorate 50 years of WWF success. Matthew’s unique design captures both the historical legacy of the organisation, as well as drawing attention to current and future environmental and conservation issues that will affect us all. The new 50p coin is a fitting commemoration that can be treasured by wildlife lovers for many years to come.”

Established in 1961, WWF was founded by a group of wildlife experts including Sir Peter Scott, who joined forces to combat environmental problems across the world. 50 years on, WWF is tackling much more than just the conservation of endangered species and their habitats.

Director of Campaigns at WWF-UK, David Norman said: “WWF has been working to help people and nature to thrive for half a century and we’re absolutely delighted that Royal Mint has decided to celebrate our 50th anniversary with a commemorative coin.”

As part of its work in raising awareness worldwide about global warming and sustainability, the charity is asking everyone to join them on 26th March to mark Earth Hour 2011 when people across the world, from London to Sydney, will be switching off their lights for one hour to take a stand against climate change.

For those that can’t wait to find the WWF 50p in their change, special collectable editions of the coin, including versions in gold and silver, are available to buy online now from www.royalmint.com Created in strictly limited numbers, these coins are finished to a higher quality than a circulating coin, showing the design in perfect clarity. Prices start from £7.20.

Images of the WWF 50p coin are available upon request.

WWF is one of the world's largest and most respected independent conservation organisations, with more than 5 million supporters and a global network active in over 100 countries. WWF's mission is to stop the degradation of the earth's natural environment and to build a future in which humans live in harmony with nature, by conserving the world's biological diversity, ensuring that the use of renewable natural resources is sustainable, and promoting the reduction of pollution and wasteful consumption. For further information visit wwf.org.uk