Tower Hill & The Tower of London | The Royal Mint 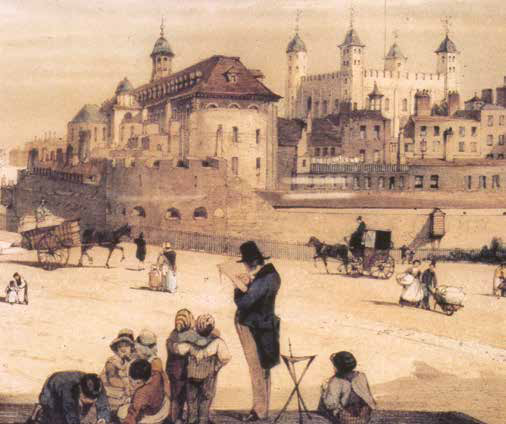 By at least 1279, in the reign of Edward I, the London moneyers had been gathered together to form a single mint within the Tower of London. Although other mints were still in existence, the mint within the Tower had started to become the most important in the country. As a royal fortress, the Tower provided a perfect location for striking the nation’s coins, and gold and silver bullion could be delivered easily either by boat or by cart. This precious metal was then safely deposited into the area of the Tower still known to this day as Mint Street.

Whilst housed within the walls of the Tower, The Royal Mint underwent significant change. New coins were added to the currency, an administrative structure was developed, and coin-making machinery was introduced. In addition, the arrival of the Mint’s most famous Master, Sir Isaac Newton, ensured The Royal Mint’s presence within the Tower was one of technical advance and increased efficiency. 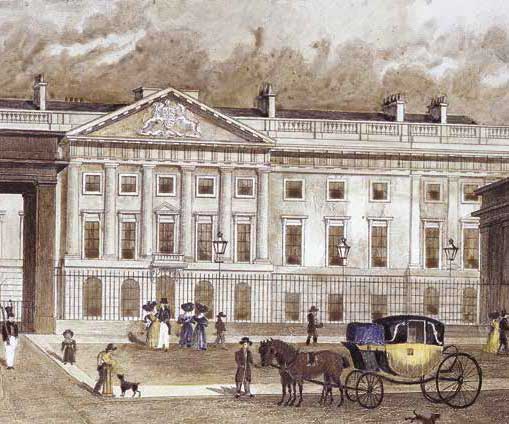 Despite the Mint’s convenient location within a secure royal fortress, in time, advances in coin-making technology meant that new machinery would not fit into the already cramped site in the Tower. By the end of the eighteenth century, with its buildings “crazy with age”, it was clear that, in order to expand and develop, The Royal Mint needed to move.

A new custom-built mint was erected on Little Tower Hill, only a few hundred yards away from the Tower, equipped with the latest steam-powered machinery arranged in a logical production sequence. This modern mint opened in 1810 and to the staff, accustomed to the overcrowded Tower, it all seemed “stupendous and beautiful”.

“ We may not only have to boast of the most beautiful and correct Mint machinery in the world, but that we may stand unrivalled for the perfect form and exquisite taste of our several coins.”
William Wellesley Pole, Master of the Mint, 1814–23.

Although initially large and spacious, The Royal Mint at Tower Hill would soon begin to be outgrown, as coin production expanded dramatically; from 24 million coins a year in 1870 to 100 million a year by the end of the nineteenth century.

After 150 years, ever-increasing output began to place a strain on the four-acre Tower Hill site. Its once open and spacious layout was now more like a complicated rabbit warren of buildings and passageways. But it was the Government’s decision in 1966 to introduce a modern decimal currency that brought matters to a head. To cope with the production of the enormous quantities of decimal coins needed by ‘Decimalisation Day’, or ‘D-Day’ as it was more simply known, it was decided to build a new, and much larger, mint outside London. A greenfield site, more than 30 acres in size, was identified in Llantrisant, South Wales, and the new mint was opened by Her Majesty The Queen in December 1968. In the years that followed, The Royal Mint has become home to some of the most advanced coining machinery in the world.

End of an Era Sovereign Set